Nagpur News: Former National President of Bharatiya Janata Party (BJP) Nitin Gadkari inaugurated the entry gate of Shitala Mata Mandir in Gandhibagh of Ward No. 4. The “Pravesh Dwar” was built by Nagpur Municipal Corporation in order to meet demand of hundreds of devotees of Maa Shitala. 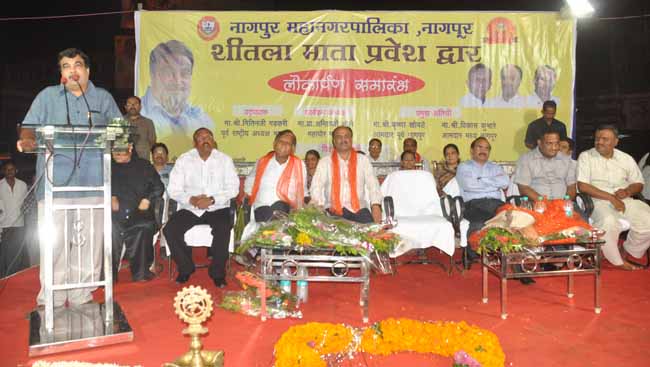 Speaking on the occasion, Gadkari apprecaiated NMC for carrying out people-oriented works in various fields and also received awards for the works. NMC is the first civic body in the country earning big revenue by supplying sewage-treated water for generating electricity. Even the Congress leader and the Union Urban Development Kamal Nath has bestowed accolades on NMC for its good works. There should not be any discrimination of caste, religion, and party while implementing development works. The office-bearers and NMC Commissioner have worked on the same lines and must be appreciated. Similarly, former Standing Committee Chairman Dayashankar Tiwari deserves acclaim for coming forward and giving the shape of “Pravesh Dwar” to his project, Gadkari said. 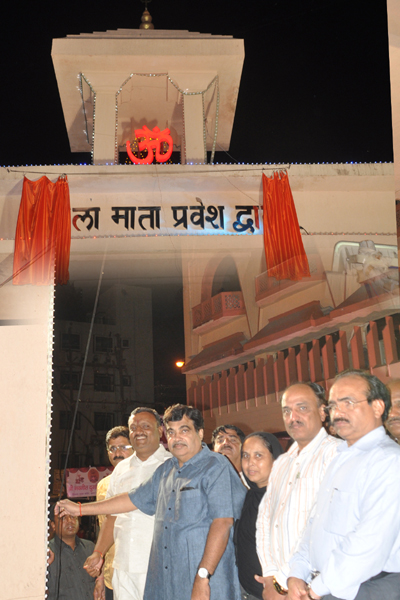