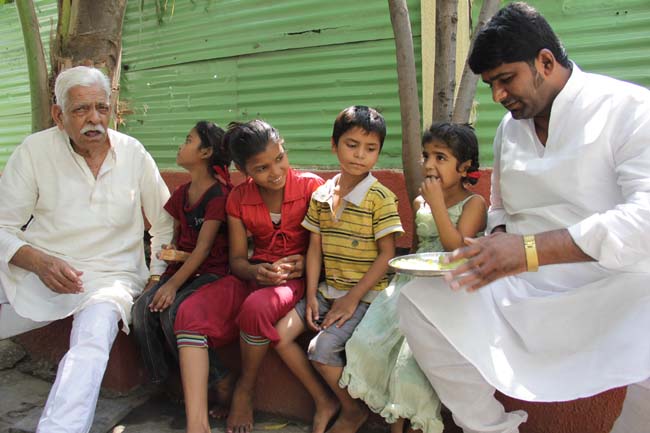 Nagpur News : Four minors, aged between 5 and 12 years, looked blanked and scared, some in tears at Lakadganj police station unaware of their future and reason why their parents abandoned them to their fate.

Their relatives even took their hands back to look after the child. It was later learnt that the dispute between parents over poverty have allegedly forced them to abandon their children.

Lakadganj police informed that from past three months, the children are abandoned by their parents and has been staying at their aunt house in Gondpura in Lalganj. The minor’s father Sunil Bhati left their rented house at Prem Nagar in Narayanpeth around three months before while the mother, Vandana had left home in January.

Police said that Vandana would earn her family’s livelihood by working as an attendant at a private hospital in Wardhaman Nagar while Bhati was jobless. “He would some times work as a labourer and would spend money in alcohol. The financial problems would cause regular quarrels between them and thus fed of this, Vandana first left home and later Bhati,” said police.

12-year-old Jaya Bhati and her three siblings, Vaishnavi, 10, Mahesh-8 and 5-year-old Anjali was shocked and panicked after she didn’t found her father at home. Feeling helpless, she with her siblings went crying to her aunt Nanda Bharti for shelter.

Bharti provide them food and shelter for three months waiting for their parents to come back to take their children. However, the heartless parents didn’t return. Not willing to keep the girls at her home, Bharti informed a nearby social worker who then alerted Umesh Choubey, a social activist and president of Andhashraddha Nirmulan Samiti.

Without wasting any time, Choubey immediately took the girls to his residence at Shaniwari. He provided them energy drinks and even rushed Jaya to nearby hospital as she was not well.

Meanwhile, he also alerted Lakadganj police station to report the matter and register a case against the parents.

“Only poverty was the reason of dispute between the couple that forced them to leave their loved ones,” said Umesh Choubey. He even called the Child line helpline to make arrangements for the minor’s future.

“I even called their relatives at Pandurna but they too refused to take care of minors. So I contacted Child Line as they take good care of the abandoned children and even provide education, food clothing and shelter to them,” added Choubey who had recently reunite a 12-year-old boy with his parents.

Vasanti Dehpande of Childline told Nagpur Today that they had sent their volunteers to police station to bring the girls. “Their relatives are still there to take care off. Thus, on Thursday we will be completing some formalities before taking the girl’s custody,” she said.

Deshpande told that the girls will be kept at Bharti’s house for Wednesday night.