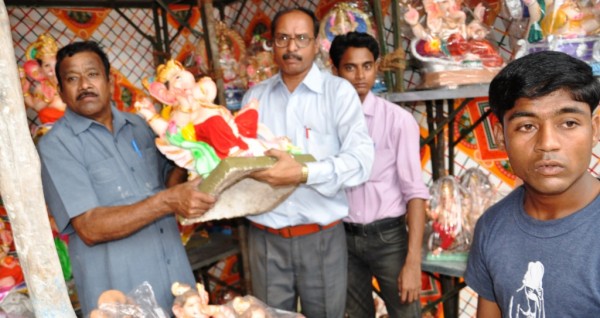 NMC has been directed by the Nagpur bench of Bombay High Court to take action against violating PoP idol manufacturers. The High Court in a case filed by manufacturers of PoP idols had relaxed the PoP idol ban up to Durga Pooja festival and had directed the NMC about the same. This decision was taken on August 30, 2012. The idol makers assured the High Court that would mark the rear part of the idol with clearly identifiable RED colour and would also display at the shops that PoP idols would be immersed only at artificial lakes and rivers made by the NMC. It was found that the sellers, importers and manufacturers were not following the Court’s orders and hence directed the NMC to take strict action against the violators. The NMC has also made clear that NMC can take action as it deems fit against the persons who are disobeying the Court’s order.