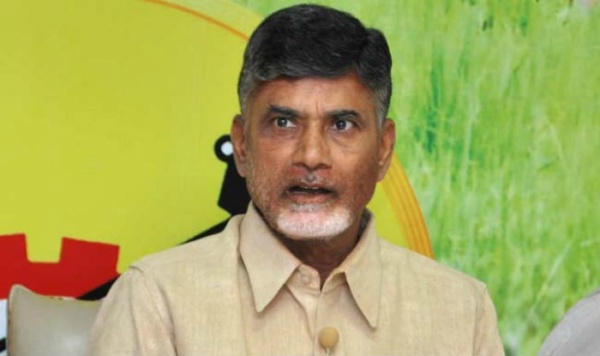 New Delhi: Three weeks after torching his relationship with the BJP, Chandrababu Naidu blamed Prime Minister Narendra Modi for a disinterest in salvaging their alliance, and BJP chief Amit Shah for what he alleged were unbecoming insinuations of corruption.

“The PM ignored me in parliament,” Naidu told media in an interview in Delhi today. Naidu, on a two-day visit to the national capital, met opposition leaders and allies of the BJP in the central hall of parliament yesterday.

Naidu had in March pulled out his ministers from PM Modi’s government to hit pause on their alliance.

The hope was that the PM would reach out with some sort of conciliatory assurances – and a plan on how Andhra would get Special Status – a tag that would entitle it to out-of-the-ordinary financial assistance from the centre.

The PM made no attempt to resolve the dispute, Naidu said, which is why he finally chose to exit the BJP’s national alliance. However, it’s clear that Naidu was also provoked into decisive action by his rival in Andhra, Jaganmohan Reddy, who stole the march on championing Andhra’s claim by asking for a no-confidence motion against PM Modi’s government. Naidu quickly followed with his own motion. Neither has progressed because parliament has been stalled by daily, high-decibel disruptions which the opposition and the BJP blame on each other.

When Telangana was carved out of Andhra Pradesh as India’s youngest state in 2014, the then government led by Dr Manmohan Singh promised that Andhra would get a special financial package from the centre, partly as compensation for the fact that the prosperous IT hub of Hyderabad would, after 10 years, become the capital of Telangana. The Modi government says that it has already sent about 12,000 crores to Andhra Pradesh, but that new rules disallow the “Special Status” label sought by impoverished states including Bihar.

When asked by media if he could retrace his steps back to the BJP if his demands are met through negotiation, the Chief Minister was non-committal about whether the break-up is for the long haul.

After Naidu stepped out of the NDA, Amit Shah wrote him a nine-page letter in which he said that the centre had supplied thousands of crores to Andhra but there seemed to be no sign of it. It was interpreted as an allegation of corruption. “Is this cooperative federalism?” the Chief Minister retorted today, accusing the BJP’s top power couple of eroding the rights and dignity of states while claiming the opposite.

Chandrababu Naidu also said that the BJP was blatantly “promoting” Jaganmohan Reddy and his party, the YSR Congress, which left him with no option but to end the partnership. “Why did I join the BJP, it was in the interest of the state,” he said.