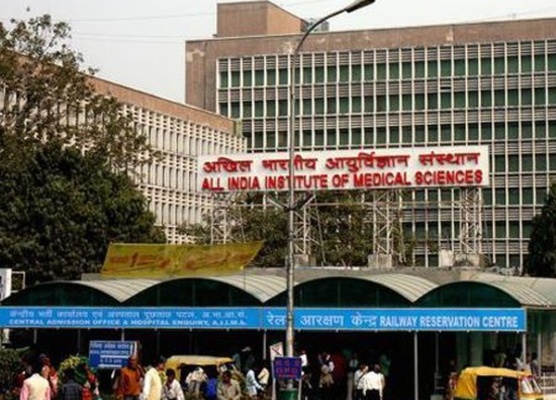 New Delhi: In a shocking incident of medical negligence, a senior doctor at AIIMS allegedly performed a procedure required for dialysis treatment on a 30-year-old woman who had complained of abdominal pain, and tampered with documents to cover up his fault.

A committee has been formed under the chairmanship of Dean Dr Y K Gupta on the directions of the AIIMS Director to probe the incident involving the doctor, an assistant professor in the Department of Surgery at the premier medical institute, a source said. Inquiries ordered by the head of the related unit in the department and the medical superintendent have already indicted the doctor, the source said.

Rekha Devi, a resident of Saharsa in Bihar, had come to AIIMS for treatment of a complication caused by an abdominal surgery she had undergone at a hospital in her hometown.

At AIIMS, she was taken to the minor operation theatre for an abdominal examination under local anesthesia on February 7.

According to the nursing report, the doctor, who was told that the patient had complained of abdominal pain, made an arteriovenous (AV) fistula, a standard vascular procedure used to access blood for hemodialysis treatment in patients with chronic kidney disease.

After the procedure, a conversation with the patient revealed that she did not suffer from any kidney ailment, the source said.

“The patient and the attendants were counseled regarding the adverse event and a corrective procedure was carried out the next day,” the preliminary inquiry report read.

“A wrong surgery has been performed on the patient which has not been documented in the patient records but was mentioned in the nursing report book,” it added.

The incident was reported to the unit head, Dr Sunil Chumber, who got an inquiry conducted into the matter which found that the doctor had performed a ‘wrong surgery and had tried to cover up by changing the documents’, the source said.

The findings have been submitted to the AIIMS Director.

Another inquiry ordered by medical superintendent Dr D K Sharma also indicted the doctor and suggested withdrawing the assistant professor ‘from all clinical work’, according to the source.