The Garden is likely to be turned into a state-of-the-art business centre. 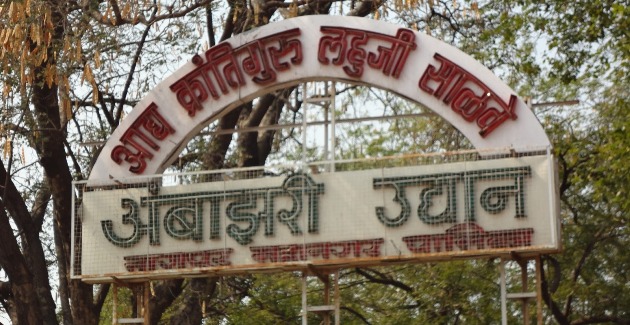 The Ruling Party in NMC, the Bharatiya Janata Party, is on selling spree, and extending bounties to its men, too. First Garbage, Water went to showrooms, then came the turn of gardens with Children’s Traffic Park in Dharampeth going under the hammer. A former BJP Corporator “purchased” the Children’s Traffic Park on the sly. And, now comes the turn of Nagpur’s pride, the Ambazari Garden, according to sources in the NMC.

The entertainment place for common citizens for decades, the Ambazari Garden is being “sold” to a BJP MLA or an MLC. The Garbage and Water businesses are already being run by the party men or party favourites. The planning has started in a well-planned strategy. Every paper work will be in accordance with the laid down rules and regulations in order to “bag order” to run the Ambazari Garden business.

The BJP fired the shots through NMC’s shoulders and bagged the contract by juggling the figures and facts on the paper to run the show in Dharampeth Children’s Traffic Park. The Park was named after Mahagyani Dr Shrikant Jichkar to complete the “Fooling” of Congress leaders and supporters, and the public. The contractor went on handing spree the slots inside the Park to more than two dozen people for running businesses of children’s interest. The contractor, very cleverly, charges only Rs 5 for entry into the Children’s Traffic Park. However, parents with a kid find out they are “fooled” while exiting the Park with the pockets getting lighter by at least Rs 500. The Children’s Traffic Park boasts of costly games, costly snacks, and the costliest lawn. Rs 500 entertainment expenses per kid is the simple arithmetic.

The “contractor” on paper to run the show in Children’s Traffic Park is Dharmadhikari. But he is contractor for the name’s sake. The real bounty is being pocketed by the “undeclared” partner – the BJP’s former Corporator. According to sources, all the rented shops in the Park have been distributed among the near and dear ones of the BJP man on a nominal rent. The Children’s Traffic Park has one more speciality. “No ordinary or common family turns out to enjoy the Park. It is the men of matter (heavy pockets) who spend their evenings in the costly Park. The ground reality is that a large chunk in crores is earned every year in the names of kids by the “undeclared” partner and the NMC is paid in nuts and shells.”

According to sources, a few days back, a big decision was taken at the residence of a BJP leader in Mahal. The decision pertained to “sell-out” of Ambazari Garden. A party leader, who was present at the meeting at the Mahal residence of the BJP leader, an MLC would be given the reins of commercialized Ambazari Garden and the plans are afoot to turn the Garden a state-of-the-art business centre and then gobble up crores by way of tricks of the trade.

The Nagpur citizens would certainly miss the grandeur of the Ambazari Garden and would be deprived of real and free entertainment if the business plans of the Ruling Party in NMC come true, unfortunately.