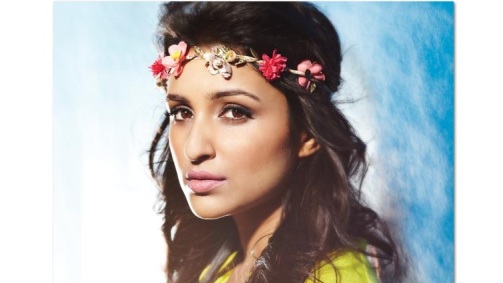 Parineeti Chopra, cousin of “Pigi Chops” aka Priyanka Chopra had a great start with her role in  “Ishaqzaade” , though her first film was with Ranveer Singh “Ricky Behl & Ladies”. The film didn’t do much magic on the box office but was a decent start for the girl next door. However her second film and a debut one as a lead actress was Ishaqzade and it was a big hit. After that Parineeti is all in news. But now people see “Pari” a lot in the gym shelling out a lot of sweat these days in order to shed eight kilos for Karan Johar’s ‘Hasee Toh Phasee.’

The 24-year-old actress is required to shun her curvier figure so as to look sexy and sensational in her upcoming movie opposite Sidharth Malhotra, which will go on floors next few months. Parineeti is also said to carry the look for her mentor Maneesh Sharma`s next film, which she`s currently shooting with newbie Sushant Singh Rajput.
Well Pari we just can’t wait to see you in your new, hot and sexy avatar.
Yash Raj Trivedi