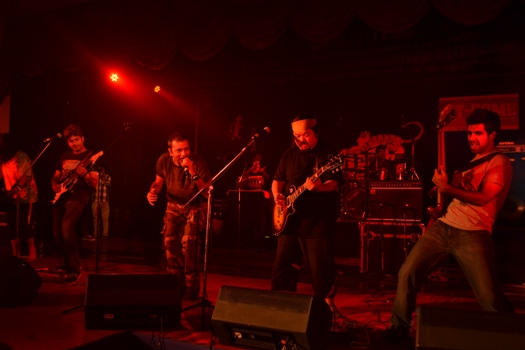 Though a college fest in Nagpur concluded well before a few days, the beats churned out on the concluding day over a live band performance still echos. And the men who stole the show were none other than boys from Parikrama band.

With Nitin Malik as lead vocalist and Sonam Sherpa on lead guitars, Subir Malik plays keyboard and synthesizers. Saurabh Choudhary and Gaurav Balani are on guitars with Srijan Mahajan on drums, accompanied by Imran Khan with violins and Shambu Nath for tabla mridangam and percussion.

Subir and Nitin are brothers. Both of them are from the same school, St. Xavier’s, Delhi. Subir is the eldest, Nitin is two years younger. All except Nitin, who went to Hindu College, went to Kirorimal College and were part of MUSOC (music society). Saurabh Chaudhry has a degree in Business Administration. Sonam Sherpa hails from Kalimpong of Darjeeling district. He is currently running Parikrama School of Music in Delhi. Gaurav Balani is a new member.

In a candid chat with Nagpur Today, Parikrama boys opened their hearts to us having all praise for the warm and enthusiastic crowd of Nagpur. They were simply impressed by the involvement and of course the intelligence of the crowd of Orange City. Despite their marathon band performance to the hilt, the team showed no signs of exhaust but willing to let us know the thrill they experienced with Nagpur crowd.

Here’s what they said,

Nagpur Today    :  How did you find the crowd here?

Subir     :  There is no need of extra entertainment artist for Nagpur people. These guys know each and every song! Nagpur really gets the concept of why a rock band should be preferable over bollywood artist. For instance, we thought we would have to perform the songs like ‘we will rock u’, etc, which we usually prefer to perform for the crowd which we find is not that interactive, but Nagpur has a different genre of crowd, where we dint even feel the need to perform such songs, which is no doubt a compliment to this crowd! I would term it as a very educated crowd. I think Nagpur has got a great rock culture. There must be a lot of people who are not much into rock music, but even they seemed to contribute and have fun!

Nagpur Today    : What are your plans ‘for’ Nagpur? Or rather in what ways is Parikrama looking forward to Nagpur?

Subir:    I would love to play for Nagpur, as many times this place calls us.

Nagpur Today    : How was the experience here?

Nitin   :Fankly speaking, I wasn’t expecting this hit show from the crowd, which it was!

I dint expect this good fan base from Nagpur, as I usually expect from cities like Mumbai and Delhi, but people here totally surprised me! 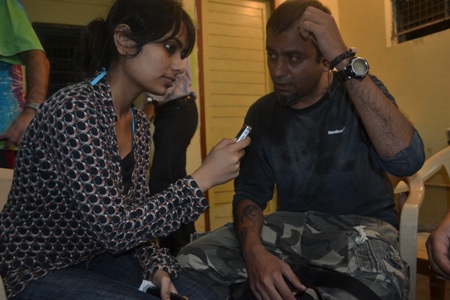 Nagpur Today    : What all did you find unexpected?

Nitin      : The way they’ve reacted, their shouting and screamings when asked for, which was to an extent pleasantly unbearable.

Sonam   : Such place where the crowd is intelligent enough, it is always nice to be a part!!

Nagpur Today    : Basically should I sum up that Nagpur has an intelligent crowd, right?

All   : Almost entire crowd was singing parts from the song ‘Am I dreaming’ in a way which we have never encountered before, so yes, this is definitely an intelligent crowd!

Gaurav    : I think this was one of the most awesome crowds. Right from the moment we started till the moment we ended, there was no variation in its peak enthusiasm. The audience was loud and supportive. As I started performing, the response blew me away.

Gaurav   :  We are looking forward to international tours, the cities can’t be disclosed right now as they have not been decided yet. I can just tell that the tour will take place in the west-side.