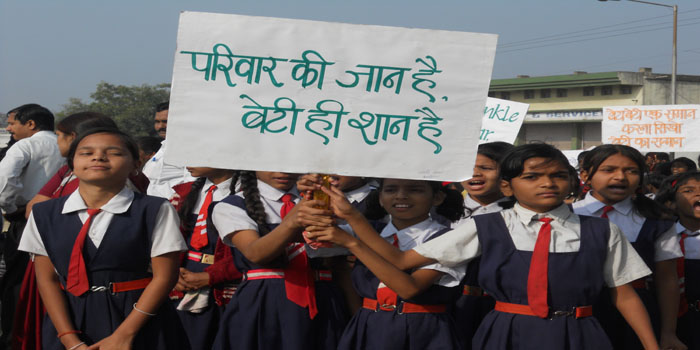 Nagpur News : The brutal gangrape of 23 year old paramedical student in Delhi that stirred the nationwide protests was at the centre of the rally taken out on Thursday by over 3000 students from several private schools and those run by Zilla Parishad in Nagpur.

The students took to streets and paid their homage to the bereaved rape victim and demanded death sentence for all the six culprits involved in the gruesome act.

The children also demanded to make provisions for harsh punishments to strictly deal with such heinous crimes.

The rally which commenced from Shanti Vidyalaya at Hingna, was flagged off by Panchayat Committee member Rashmi Kotgule.