A variety of citizens lovingly call Nagpur or Orange City or Second Capital Our City, and the city, too, welcomes all and embraces them with its caring hands who need its shelter without discrimination vis-à-vis caste, creed, religion. All citizens of different communities of Great Nagpur live in harmony, peacefully, sharing happy and sad moments with each other. 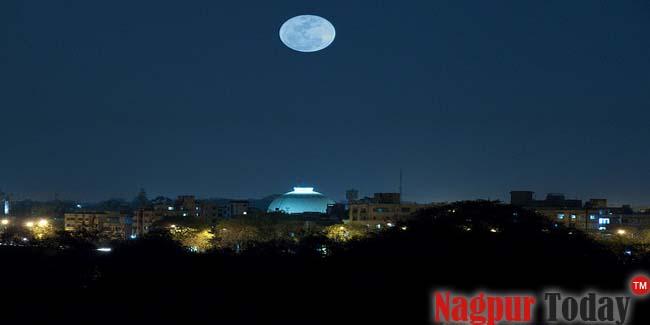 Nagpur New:  “A great city is that which has the greatest men and women.”

The Great Nagpur City could be defined by its proud citizens in their words of Love, Emotions, Sentiments, and Anger, too. Nagpur welcomes and embraces with its caring hands to all who need its shelter without discrimination vis-à-vis caste, creed, religion. All affectionately call it Our City.

The citizens of all communities live together with harmony, peace, and helping hands. Very very few people have made their Nagpur a city of crime. But the city or the Second Capital forgives them with a great heart (Geographically also Nagpur is heart of the nation) since the Orange City knows very well “Every city in the world always has a gang, a street gang, or the so-called outcasts.” But Nagpur citizens, particularly the women and girls, have been in a very angry mood as the anti-social elements have made their lives miserable by targeting them with various heinous crimes.

Now, since the Nagpur Municipal Corporation (NMC) has been observing its 150th centennial celebration in majestic moments, let us go to era as how Nagpur was born.

·         Since the city was based at the shores of stream called “Nag” thus the city was named Nagpur like a baby’s naming ceremony. There is also a mention of the city in Vedik and Mourya Shastras (Scriptures).

·         Nagpur was first civilisesd by Devgad King Bakht Bulandshah in 1703. The King honourrd the city with the first capital status.

·         The Britishers captured Nagpur by defeating Appasaheb Bhosale in the battle fought in Sitabuldi in 1817.

·         The Britishers constructed a fort on two hills in the central location of Nagpur in 1818 which is known as Sitabuldi Fort.

·         The Nagar Palika was set up in Nagpur in 1864. Initially cleaning works, streetlights, markets, education was carried out through Government funds. At that time area of Nagpur was spread across 15.5 square kilometers and the population was 82,000.

·         For smooth functioning  of Nagar Palika, the “Madhya Prant and Varhad Adhiniyam” popularly known as  Central Province and Berar Rules (CP& Berar) were made in 1922.

·         The Britishers had announced Nagpur as capital of Madhya Prant since 19th century that remained till 1956.

·         In 1956, during formation of two states the Mahakoshal was included into Madhya Prant and Varhad went to Maharashtra. Resultant, Nagpur lost the capital status ans was given the status of Second Capital. Bombay (Mumbai) was made the capital city. The second capital status to Nagpur was announced in 1960.

·          34 villages along Nagpur borders were brought under NMC on May 11, 1950. Recently, Narsala and Hudkeshwar villages were merged with NMC.

·         After sunset a cannon or howitzer was used to be fired signaling “curfew”.

·         Transactions were allowed till sunset.  Nagpur used to be under total darkness.

·         People used to make their own arrangements of light like lantern.

·         Cannon firing stopped during British regime. People got freed to stroll even after sunset.

·         There is record the first kerosene streetlight was functioning in June-July in 1865.

·         A member of Nagar Palika Bees recommended kerosene lights in all police stations in Nagpur.

·         Although oil, lights, were brought from London, the streetlights not worked even after arrival of oil, lights from London.

·         During 1902-03, communications with Crompton Company in London on trams and electric lights in Nagpur started.

·         In 1908, Crompton Company informed of no capital and Nagar Palika should bear half capital or Nagpur citizens should make arrangements so that power generation plant could be started.

·         Nagpur was under dark for three days. Palika moved High Court. The High Court ordered power supply and directed the Company to submit complaints to a Tribunal.

·         In 1994, the maintenance and repairing of streetlights in Gandhibagh Zone was handed over to NMC for the first time.

·         For the first time, 50 watt sodium vapour lights were introduced in India and that in Nagpur first. NagpurRailway Station is a perfect symbol of changing face of Nagpur