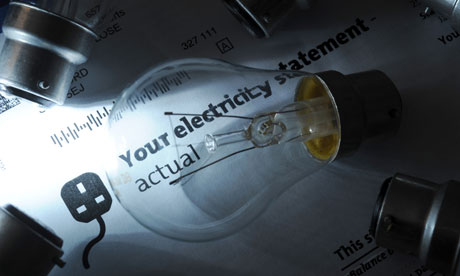 As the Maharashtra Government initiated a step forward to pay some concern towards reducing power tariff in the range of 15-20 percent across all categories in the state by clearing the proposal in this regard, the industrial sector in Vidarbha too seem to get little hope to resurrect its poor growth. Various economic and business associations in Nagpur have welcomed the change though they did not believe the decision to reduce the nominal power tariff will stimulate any growth in Vidarbha’s industries.

Nagpur Today got to talk some prominent industrial organizations to have their say over the government’s latest decision. The office-bearers have expressed few reservations over the decision and termed as nothing but a card to sail smooth in the upcoming assembly and general elections.

Too Late, Too Less

Dipen Agrawal, President of Nag Vidarbha Chamber of Commerce said at least the government has initiated something towards the issue against its earlier denial mode but it is too late and too less. “The decision to reduce power tariff by 15-20 percent is not going to have the desired effect as compared to what the industries in neighbouring states of Madhya Pradesh and Chhattisgarh are getting. Still the difference is 100 percent as against the current power tariff of Rs 11.20 per unit being charged here the power tariff in these states stands somewhere near Rs 4.20 per unit. For so many years the industries have been asking for consideration in this area but nothing came up from the government. Now the decision to deliver some relief is though a populist measure, it only came after Aam Aadmi Party initiated cut in power tariff in Delhi. But still it is a welcome change. At least the government has arrived in the tone to address the issue. The voice for tariff reduction should have been heard earlier and should be done little more.”

Devendra Parekh, President, Vidarbha Economic Development (VED) Council too believes that the tariff reduction is not satisfactory. He said that the decision is not going to benefit much for the upliftment of industries in Vidarbha as it is still more than the tariff in Chhattisgarh which is Rs 4.50 per unit. “It is nothing but the election gimmick as the decision does not reflect any seriousness on the behalf of government to bring the industries to Vidarbha. The decision has been perfectly timed to coincide with the upcoming state and general elections. It should have better reduced by 40 percent as power is made in Vidarbha and distribution cost is borne by Vidarbha industries. So under the correct set of things, it will not encourage the industries to come to Vidarbha again and start their units and further generate the employment.”

Sudhir Paliwal, Convenor, Vidarbha Environmental Action Group and Chairman of Science, Technology and Environment Forum of Vidarbha Industries Association (VIA) too believe that it is not going to benefit much as far as development of industries in Vidarbha is concerned. “We (Vidarbha) produce maximum power in the state and most of the production is transmitted to the western part of Maharashtra. We produce up to 86,000 mw power in Vidarbha whereas our net requirement is between 1200-1500 mw. In Nagpur metro region alone 16,000 mw of power is produced. If you take the case of Pune district where the demand is 1200 mw, not a single power plant is there. The transmission losses incurred is almost 30 per cent and we have to bear this loss whereas the transmission loss in Vidarbha is much less as the area lies in the proximity of power plants. Ideally. the formula of petrol pricing should be applied. As the cities near oil refinery have to pay less for petrol, why not same is applied in power tariff? I think the decision will only bring little respite to those industries in Vidarbha which are on the verge of closure. But it is not going to yield any competitive results.”

Paliwal informed that recently the statistical survey was conducted by the government of India where the cost of the power should take all the factors like health aspect and other losses caused to the citizens residing near power plants. The loss incurred is 10 paise for every single unit made, he said. In Koradi alone the generation is 2000 mw and the consumption in Nagpur is not more than 100 mw, so the cost of 10 paise per unit evaluated for health and other loss to the people here is too big given the huge amount of power produced. Various factors like house maintenance near power plants, doctors bill and remaining absent from work on health grounds have been considered in this count and hence this should be compensated in terms of reduced power tariff, he added

“About 2 years back, the state government came up with the decision that there would be no power cut in the areas which fall within 5 kms radius of power plants. But still y there are power cuts going on in Koradi. What is the logic of this?”

Tejinder Singh Renu, Honorary Secretary of Vidarbha Taxpayers Association (VTA) directed the credit for the decision to Aam Aadmi Party which by undertaking major cuts in power tariff in Delhi prompted other political parties to follow the suit. “It’s no surprise that the decision comes three months before elections. The decision clearly indicates that there was the margin for this reduction earlier too. Then why not it was done earlier. This means the citizens were cheated by being levied 20 percent extra for the power tariff. Now the subsidized cylinders are being raised from 9 to 12 and the power tariff is being minimized only signal making ground for election.” He said whatever is done is good but what about the 20 percent already paid. Since the decision is taken for pan Maharashtra it is not going to benefit Vidarbha much. “It remains to be seen for how long this decision exists”, he said.