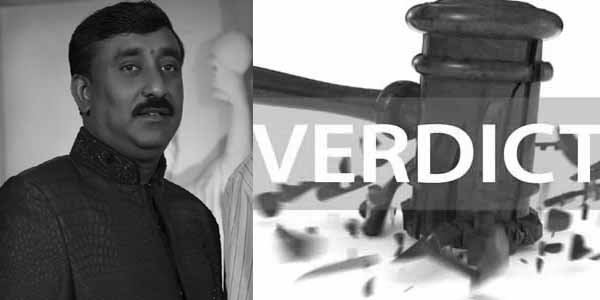 The Nagpur Bench of Bombay High Court has granted bail to one of the convicts in Pintu Shirke murder case.

After hearing the points raised by Adv Dharmadhikari, Justice Bhushan Gavai suspended the sentence and ordered conditional bail to Raju Bhadre on providing Surety Bond of Rs 50 Thousand. The final appeal will be decided in the next hearing.

According to sources, Raju Bhadre is likely to remit the Surety Bond of Rs 50,000 tomorrow (January 21). Once the formalities are completed, the convict will be released from the jail.

It may be recalled, Pintu Shirke was murdered in the court premises in 2002. Eight people, including Raju Bhadre, were convicted on the charges of murder and were sentenced to life imprisonment while seven others were acquitted for lack of strong evidence against them.

Pintu Shirke was brutally murdered on the sixth floor of District and Sessions Court building on February 11, 2002 following a land dispute. Cops arrested few goons involved in the murder on the spot while others were held during investigations. Pintu, who was involved in some petty crimes, was brutally killed with swords and other sharp-edged weapons in the court premises. The then Investigating Officer Vijay Swami submitted his report on September 8, 2002 and the then Deputy Commissioner of Police Harish Parshionikar had filed the chargesheet in the court. Out of the 16 accused, one accused passed away during the trial.