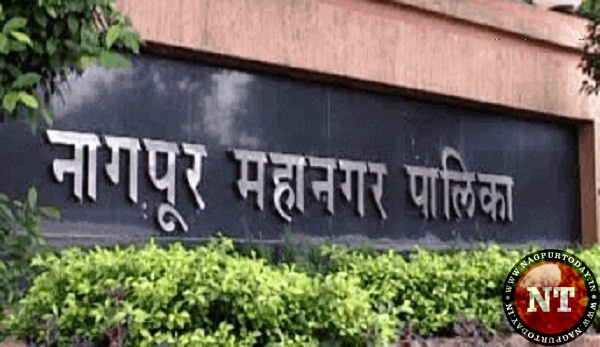 Nagpur: NMC‘s Opposition Senior Corporator Sandip Sahare during the meeting of special the issue took up the discussion on land rights and 24 by 4 Water Supply Schemes by the administration, in the General meeting. The Mayor seeing cat being let out of the bag announced the end of the meeting and directed to sing the National Anthem. However, Water Supply Department executive officer Sanjay Gaikwad informed that 75% of the scheme has been completed and only 16 Command Area are being provided water supply 24 hours. When the demand was made to make public the names of areas, colonies, right the mayor, the administration and entire house was shocked. Reacting to the administration answer, the Opposition had started creating a ruckus at that very moment mayor announced the end of the working in house.

It may be mentioned that opposition corporator Sahara had sought information from the administration through the Mayor that under the JNNURM campaign, the municipal how much funds in the city, provide expenditure and information about the success of the project.

Hearing the answer from Executive Engineer Sanjay Gaikwad, Sahare was very angry and Sahare again asked Gaikwad’s response to make the names of those areas public, where 24 By 7 Water Supply Schemes were completely successful. Instead of answering this question, Gaikwad informed the auditor that this list is not with him. Taking the side of Gaikwad, the ruling party advocate Dharampal Meshram informed that he was getting 24 by-7 water supply in the Sangharsh Nagar and Vathoda in the division. Immediately after this, BJP corporator Pradeep Pohan informed that his division does not get water even for 1 hour daily. After this, the municipal corporator of the opposition and ruling started complaining regarding the water supply.

If the mayor would have been late to announce the end of today’s work, then there would have been a big ruckus in the beginning of the summer season due to water supply. This disorder would have erupted public sentiment.

It may be mentioned that before the starting of the general body meeting, a big morcha was brought by the Congress for water problem. Executive Engineer Gaekwad presented the instructions to the Municipal Commissioner to listen to their demands, which were stopped by the police administration outside the Gandhibagh Zone.

Demands funds
While Congress corporator Nitish Gwalwanshi did not receive the funds for his own division, he also questioned the interest of the other neglected corporators present in the hall, alleging that the treasury and administration was not distributing the funds. Therefore, Nitish has demanded that divisions be given a fund of Rs 2 crore each.

Over this, the Leader of the Opposition Joshi replied that the funds were given to several Congress corporators along with the division of Nitish. Responding to Joshi, Nitish said that the reason for this is different. Actually, Joshi conveyed the information of giving rich funding to Gargi Chopra, who won the Congress seat with Nitish. Nitish also informed the House that this was done as her husband had joined the BJP and so the party has given special attention. Joshi finally demanded that the whole case should be made public with the funds given to her.

Under the RIT department, wrong information given
Nitish Guwahanshi has demanded silence on the said case and demanded action against the corporator, Ramesh Punekar, to prove the information given under Right to Information, and to the concerned officer. It also demanded that the posts approved under the Standing Committee Department and the reason for the personnel of other departments posted in the committee. A pre-requisite was asked to answer this question, but not the General Administration Department, in this regard also demanded action against the culprit. The Mayor did not take direct action, after examining the entire matter, gave the authority to comissioner.

Issue of black-yellow painting
Former Mayor Pravin Datke raised the issue of quality of black-yellow painting on the roads. D N Jambhalankar, who took charge of most departments in NMC, came to answer that said the black-yellow painting depends of the quality of road and the movement on the road. In response to the question asked by Datke, it was informed that on some selected routes, painting was done 4-5 times a year. That too through quotation-tender. The investigation of this matter was done at the Deputy Commissioner level and demanded to present the report in the next General Meeting, which the Mayor gave approval and ordered the administration.

One more chance for Shelke
During the proceedings of the last general meeting, the Opposition and administration were dissatisfied with the Congress corporator Bunty Shelke for provoking the Asha Workers to enter the hall. All had to say in a tone that as a corporator, the above mentioned is less active in house but more active outside. Against this case, the NMC administration filed a case against Shelke in Kotwali police station. In this connection, the corporator of the ruling party’s Corporator Dharmapal Meshram had sought information regarding the action taken by the administration on the said matter, under the proposal in the last general meeting. In response to Meshram’s question, the Mpl Commissioner informed one more chance will be given to keep Shelke in party and then the final decision will be taken.

Approval required for Rs 25 lakh and above funds
According to the NMC rule, the Commissioner has been given the official permission to give financial sanction up to Rs 25 lakh. To give approval to the proposal above Rs 25 lakh, the standing committee has been given the right. In this context, Congress youth corporator Kamlesh Chaudhary asked the administration that a proposal for a permanent fund of Rs 25 lakh is also seeks the letter of the Standing Committee. The party leader Sandeep Joshi replied that the financial provision is approved only by the standing committee at the time of the annual budget, but the last authority remains with the Commissioner. 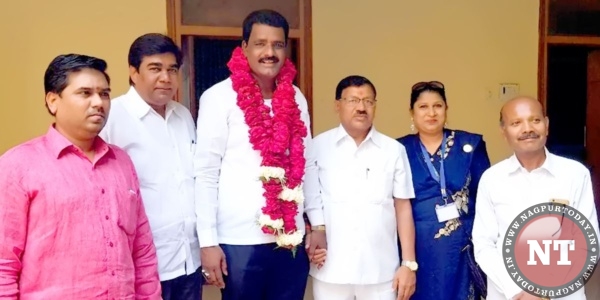 Green-blue dustbin funds returned
Under the information Swachh Bharat Abhiyan, the ruling party leader, Sandeep Joshi informed that the Mayor, Deputy Mayor, the Standing Committee chairman, from the funds of Rs 75 lakhs, 25 lakhs, 50 lakhs and all municipal corporation’s members ward funds Rs 2 lakhs each have been cut. Instead of distributing the said dustbin free after the decision of the court, the people themselves had to purchase. After this decision, Joshi gave directions to return the funds compiled from all the above and to prepare proposals for development work from those funds.