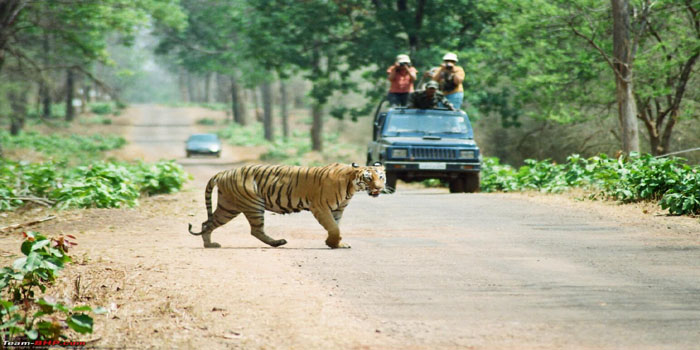 Nagpur News : The state forest department is strained with the recent poaching of about half a dozen tiger and leopards and the death of 15 big cats for various reasons. Adding to the department’s distress the chief minister and public accounts committee has further pulled up the concerned officials for the prevaling situation.

In order to clean up the mess, the forest department is contemplating the idea of monitoring the Tadoba forest circle through internet. The forest minister, who was in Nagpur on Saturday, indicated that the formal plan in this regard would be executed after discussion with the central government to avail funds.

The forest minister is also said to have discussed the matter with union minister Jayanti Natarajan. It may be mentioned here that the threat to wild life in Tadoba reserve had been the bone of contention since the beginning of 2012.

On January 21, 2012 a leopard died of electric shock in Sindewahi tehsil. Two days after the incident a tiger died the same death in Gondpipri tehsil under Jharan forest circle.

Then on April 26 the case of tiger poaching came to light in Palasgaon range in Chimur. The tiger’s body cut into multiple pieces was recovered after 21 days of the incident. Similar incidents came to light in the following months.