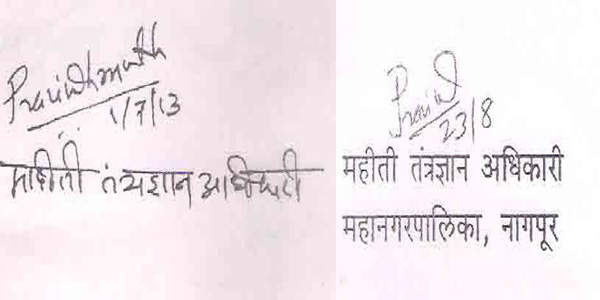 Nagpur News: In a development that may prove very costly for the NMC, an official on contract basis, is on signature spree in place of the competent authorities. According to rules, no contract official has powers to sign on any official document. However, the Information Technology Officer Pravin Deshmukh, who is employed as contract official, went on signing the documents sought under RTI and that too, totally different signatures from each other, claimed an RTI activist Rajendra Bhende who was handed over the documents.

Bhende further claimed that no contract official or temporary official and employees could put their signatures on the official documents. When the information under RTI is sought, the applicant is given the reply with necessary documents under the signature and seal of the concerned officials. However, the reply the NMC has given to Rajendra Bhende is neither complete nor the official. The reply and the documents would have been official had the concerned Information Officer Jambhulkar signed and sealed the documents. The reply and the documents handed over to Rajendra Bhende contains signatures and seals of the contract employee IT Officer Pravin Deshmukh instead of Jambhulkar under whom Deshmukh works as an IT officer.

Bhende also charged that the reply given to his RTI query has been insufficient and he would go on appeal to the competent authority. Bhende had sought information regarding the approval given to every department’s computer software created in accordance with the department’s requirements.

Ironically, Pravin Deshmukh puts his signature on almost all documents and, the signatures are totally different from each other thus creating confusion among the citizens. 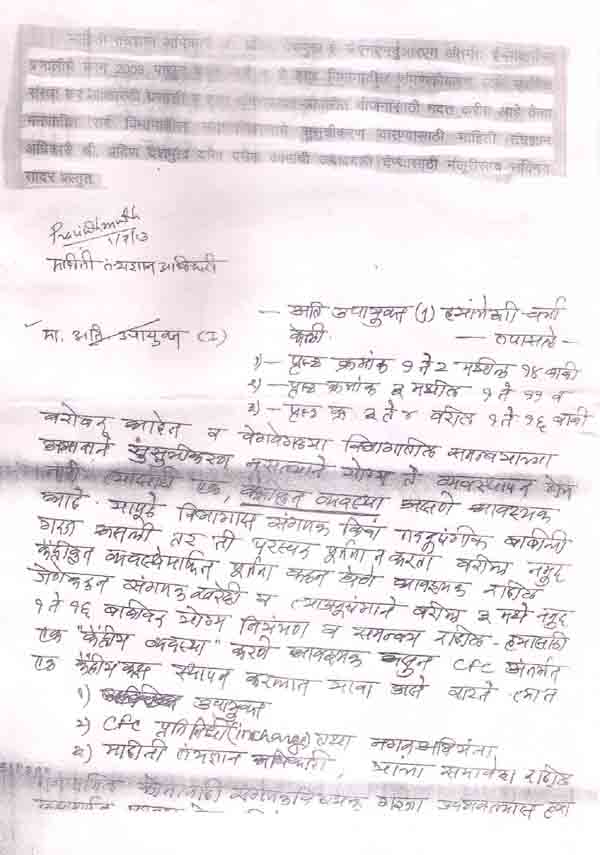 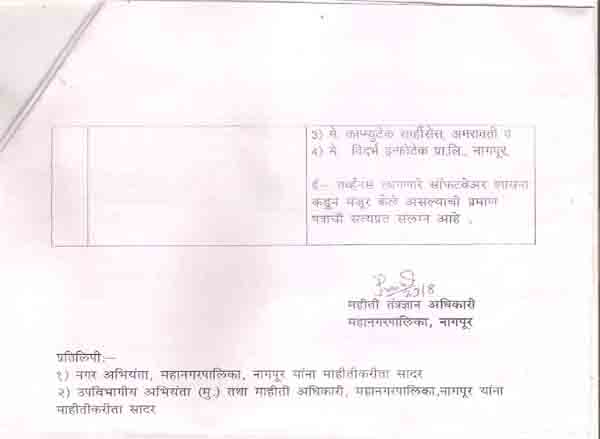