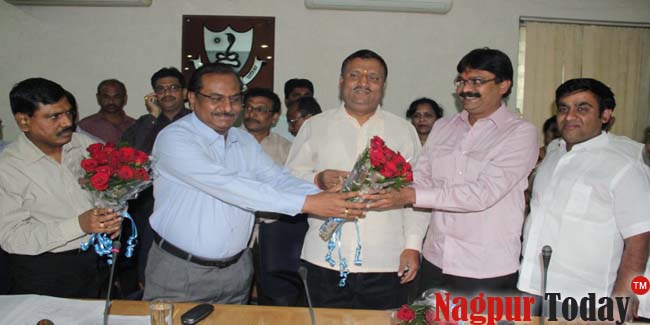 Nagpur News: The NMC standing committee for 2013-14 got new chairman on Tuesday as Avinash Thakre is unanimously elected to the post. Thakre, an Engineer by profession, took charge immediately after being elevated to the top post of standing committee. 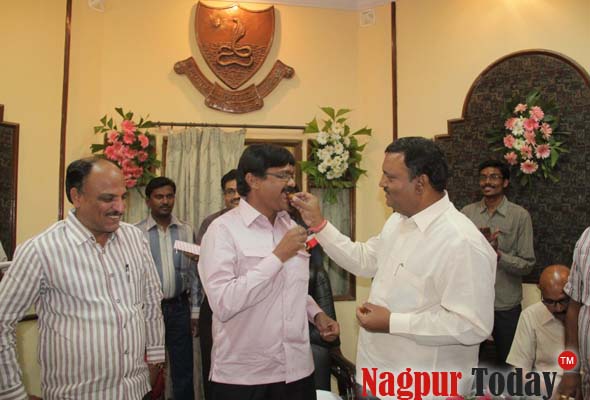 Nagpur Today got to interact with Avinash Thakre at length in which he shared his plans for uplifting the face of Nagpur in the form of better amenities and sound atmosphere. Here are his points of priorities in the forthcoming NMC budget.

–       Policy should be made to apply ground rate of Rs 25-30 per sq. ft. for the hoardings of various companies installed      above large number of big and small shops in the city. The total area of 60 lakh sq. ft. is assumed to have been covered in the hoarding installations. This would add fresh revenue of Rs 18 crore per annum to the NMC‘s exchequer.

–       Thakre informed that there is a provision in section 52 of MRDP that NMC can float its housing scheme on the lines of those meant for lower income groups (L.I.G.). The schemes should be executed in association with private functionaries and would benefit the SC/ST/NT sections living in authorized slums and also the unauthorized slums surfaced before 1995. NMC wishes to create 1000 such houses with each house admeasuring 300 sq.ft. This would ease out the housing problems of those surviving below poverty line (BPL).

–       An estimate puts 60% citizens in Nagpur in financially self-sufficient category. Small scale industries should be established with support from corporate houses, government schemes and banks in order to make the remaining 40% citizens financially able. This shall aim at setting up small scale industries for around 25,000 families. If provisions for government subsidy, bank loans, allocation of place by NMC are duly made then it could net the business volume of about Rs 1,000 crore in a year. The NMC would also get addition Rs 10 crore from the rent and octroi.

–       Cash collecting ATMs should be established on trial basis in single zone in order to match the fast paced computerization. Once it works well in a zone, it will be extended to other zones also. The citizens may be able to deposit any type of government tax, loan EMIs, rent and premium for all the government policies. Special smart cards would be made to streamline the process, which can be made at the nominal expense of Rs 55. An additional provision of Rs 2.5 to 3 crore should be made in NMC budget to make the smart cards for 5 lakh citizens. Besides, additional expense of linking the concerned departments to NMC would also be incurred. If the things go smooth the NMC would be able to fetch 2% additional amount for each transaction done by the citizens.

–       Discussions are on to allot land to bring up Film City in Nagpur on the lines of Pune.

–       A multi faceted garden in which varieties of fruits from all over the country would be grown. This would have the birds across the regions to migrate in the garden which could be functioned as the tourism and educational centre of the country. This will certainly add to the identity of the city.

–       An ambitious plan to develop the LED based lamp posts by the road sides in American style would not only give the feel of the next level city to Nagpur but also add to the revenue as the LED lit hoardings would be installed below the lamps.

–       Roads on higher level should be lowered to avoid the water accumulation in low lying areas during rains. The tar extracted in the process should be utilized in building internal roads particularly of 2 to 2.5 metres. The cement roads would remain intact upto 15-20 years. This would require two miller machines.

–       Markets being constructed on BOT basis, London Street, Lender Bridge, flyover and foot overbridge would be completed on time.

–       Another revolutionary plan to refurbish NMC schools by connecting it to the experts through satellites. This would help in building up the students’ capacity.

–       Health department OPD should be equipped with latest facilities. These should include ambulance services with on the spot treatment. The ambulance would also be fitted with X-ray machine. The preliminary investigation relating to heart diseases would also be made available.

–       Property tax should be recovered as per the ready reckoner guidelines. The process of tax assessment for 55,000 to 60,000 properties in the city should be accelerated. The plan for compulsion to get NOC of NMC before the registration of the properties is also underway. 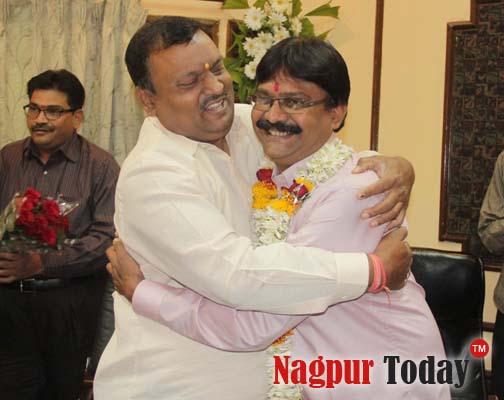