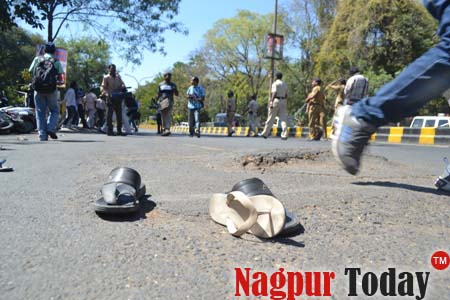 Police have charge these people for encourage people to create ruckus in Nyay Mandir premises. These slum-dwellers were demanding to hand over Bhuru into their custody for instant judgment. The protests affected the traffic for a long time.