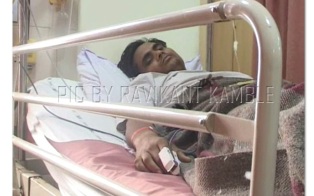 A naxal commander is believed to have been killed in an ambush carried out by C-60 Jawans at Salekasa and Devri border in Gondia district near Nagpur. Three jawans were reportedly injured during the encounter.  They have been rushed to the Orange City hospital in Nagpur.

Sources informed that the jawans received a tip off about a naxal meeting, following which they laid a siege to catch the naxalites. The dalam commander Rakesh was reportedly present in the said meeting.

It is learnt that the naxals fled the spot leaving behind large amount of material.

However, the police are avoiding any queries in this regard. Rakesh was said to have been involved in various naxal operations.

Insiders have warned that the naxals may retort to avenge their leader’s killing in the coming days.