To achieve its objectives of strengthening the housing finance system at the local and state level, NHB’s 11th Regional Representative office was inaugurated by the Chief Guest, R V Verma, Chairman & Managing Director, NHB in the presence of  A.K. Sarangi,General Manager, Reserve Bank of India and  Ajay Ramteke,Secretary , Slum Rehabilitation Authority,Nagpur,Government  of Maharashtra on October 15,2013 at Hotel Tuli Imperial ,Nagpur.

The inauguration event was followed by a workshop on “Affordable housing”. The event saw a gathering of personalities from State Government, RBI, Banks, Housing Finance Companies, Regional Rural Banks,Urban Local Bodies , Development Authorities, amongst others. 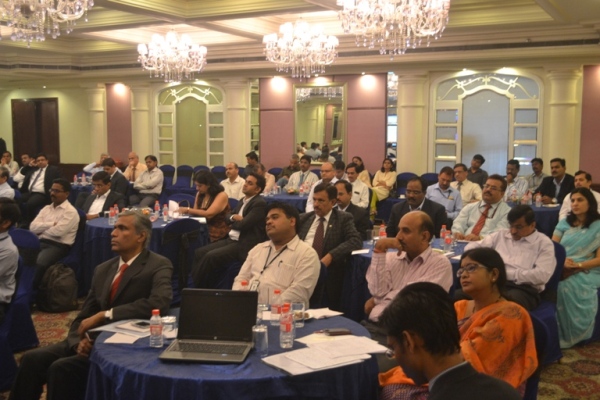 R V Verma,Chairman & Managing Director, NHB addressing the gathering  highlighted the background of setting up of the NHB and the journey since. He praised the efforts taken by the Government of Maharashtra in policy and execution in the housing sector and creating an enabling environment for growth of the affordable housing sector.

The opening of the Nagpur Regional Representative office will help in addressing the affordable housing issues in the State. The office will act as a platform to begin series of dialogue and engagement of all stakeholders towards a common goal of “Housing for all.” In the demand side there has been a growth in a housing finance over the years.

NHB is administering some Central Schemes like Credit Risk Guarantee Fund Trust for Low Income Housing and 37 primary lending institutions have entered into agreement with the trust which covers the risk of loans upto Rs 5 lakh.NHB is also administering the Rural Housing Fund which has received an allocation of Rs 6000 crore in the current budget of FY 2013-14. However, there is a need to revamp the credit delivery system of the state where NHB can play a pivotal role through targeted interventions and innovative funding models.

Ajay Ramteke,Secretary, Slum Rehabilitation Authority, in his special remarks said, “the demand and supply gap of housing stock in the State and insisted on a focused approach for addressing the housing needs of the urban poor living in slums, whose population have considerably increased in the past few years due to large scale urban migration.”

A.K. Sarangi, General Manager, Reserve Bank of India, in address, highlighted the role of housing as a growth driver. Sarangi expressed confidence that the opening of the RRO of NHB at Nagpur will bring effective coordination and awareness among the various stakeholders in achieving the objectives of providing affordable housing.

The inauguration was followed by a workshop on “Affordable Housing” which included presentations by officials of slum Rehabilitation Authority-Nagpur,NHB, and Monitor Deloitte