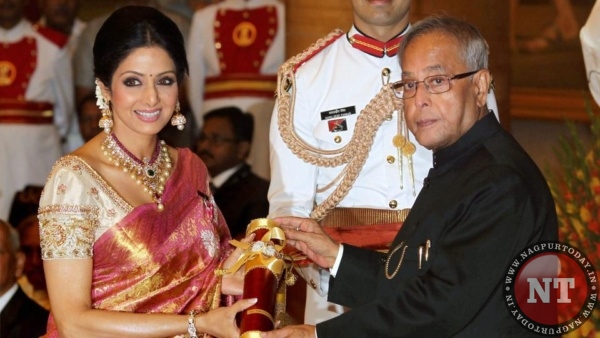 The National film awards are out and Hindi cinema has achieved only one major triumph.

Sridevi has won the National award for best actress for her performance in Mom.

The best actress award at the 65th National film awards led to a tie-breaker, with Malayalam actress Asha Sarath being a top choice for best actress. Finally, though, sentimentality prevailed.

Sridevi, who passed away suddenly in February, was given the best actress award posthumously for her final farewell performance as a mother fighting for justice for her raped daughter in Mom.

The National award for best actor has gone to Riddhi Sen for his stunning performance as a transgender in Kaushil Ganguly’s Nagarkirtan.

The best film has been given to an Assamese film, Rima Das’s Village Rockstars, while the best director has gone to Jayaraj for the Malayalm film Bhayanakam.

Another prominent Bollywood win is the very talented Divya Dutta for her performance in the little-known environmental drama Iraada.

Other special awards include: