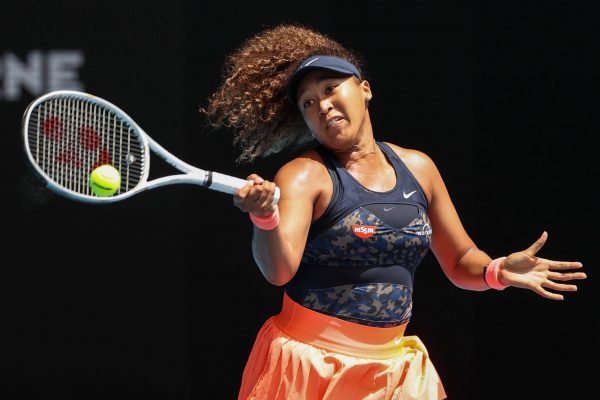 The Japanese tennis star has made history in 2020 by becoming the highest-paid female athlete ever in the Forbes’ 2020 rankings as well as being named Sportperson of the Year by Sports Illustrated. Now, winning all four Grand Slam titles to her name at the age of 22, she has achieved extraordinary success.

Naomi Osaka has become one of today’s most sought-after figures, attracting a number of top sponsors including Louis Vuitton, Mastercard, Beats, PlayStation, Airbnb, Nissan, Nissin and the list continues. This is only natural as she has become more than a greatest professional tennis player. Osaka’s reaches are extending beyond the United States, Japan, and the world of tennis.

For the latest partnership with Osaka, Louis Vuitton’s creative director, Nicolas Ghesquière, highlighted her quality and authenticity of being a role model for every one, representing her generation.  “She stays true to herself and doesn’t compromise on her values,” he believes.

Born in Japan, “I’m Black, and I live in America”

Osaka supported the Black Lives Matter movement throughout the US Open, wearing the customized black face masks, each bearing the name of seven black Americans who were unjustly killed. She dismisses the idea that athletes shouldn’t get involved with politics. “Before I am an athlete, I am a Black woman,” she claims.

Osaka also challenges Japan’s self-image as a racially homogenous country. In October 2019, Osaka chose to remain a Japanese citizen by abandoning her American citizenship. The current Japanese law does not allow dual citizenship. A person who holds Japanese and a foreign citizenship is required to choose one before he or she reaches 22 years of age. For her, “it was too natural” to choose and represent Japan. Osaka recently launched an academy in partnership with Nike and Laureus Sports for Good Foundation. The academy is aimed at providing opportunities specifically to girls in Japan and make them future role models.

As noted in her past interview, Osaka listens to J-pop and J-rock on the court during tournaments. She is also a big fan of anime and shōjo manga (Japanese comic genre specifically targeting young females). Being an admirer of Rei Kawakubo (Comme des Garçons), Osaka’s love of Japan extends to fashion as well: “Every time we would go to Harajuku or Ginza or Shibuya. It was so cool to walk around and see everyone in so many different outfits that you wouldn’t necessarily see in America.” In response to the covid-19 pandemic, Osaka and her sister released a custom-made mask inspired by Japanese “kawaii” theme and donated the proceeds to UNICEF’s new Corona relief campaign.

The torch relay for the Tokyo Games has just kicked off and a 4 month countdown to the Olympics has begun. Many oddsmakers are still holding-off to offer odds on the Tokyo Olympics but it will only be a matter of time until they do. Gold-medal futures odds will also be available at Japanese bookmakers, as Osaka is getting ready to compete on home soil. “This is such an important moment for Japanese women, and women around the world; and I hope it’s an inspiration to a young girl with big dreams to know that anything is possible,” she stated. The Tokyo Olympics are still facing unprecedented challenges due to the covid-19 pandemic, but there will likely be at least some Japanese fans in the stadiums.