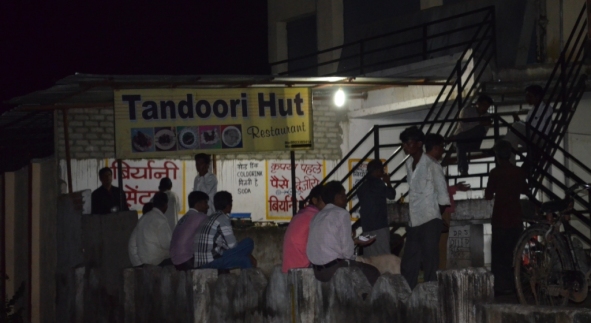 Timely intervention by Nagpur Today – Nagpur’s very own news portal has relieved the residents near Faras square on Koradi road of the undue advances by the drinkers frequenting at nearby Tandoori Hut Restaurant. With quick alertness shown by one of the scribes of Nagpur Today Ravikant Kamble, Gittikhadan police have arrested the owner of the said restaurant, thus putting an end to the months of agony suffered by citizens in the locality.

Some of the drinkers managed to flee the spot. All the accused were booked under Section 110 of IPC and other relevant sections of the Mumbai Police Act. The police team, led by Gittikhadan Duyyam PI (Second PI), Datta Dhole carried out the operation. 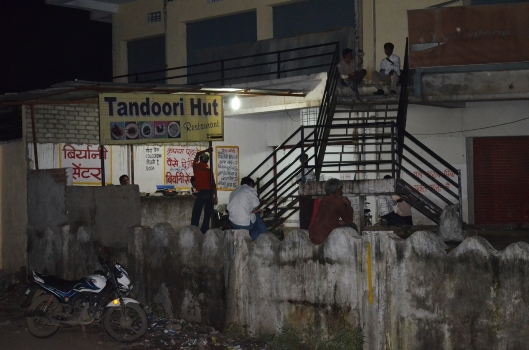 The story goes like this. The hell of a sort was wreaked by a wine shop Nupur Wine Shop and an illegal restaurant Tandoori Hut in the area. The restaurant was a hub of all nauseating activities by drunkards. Criminals and anti social elements frequent the place too often. They purchase liquor from the shop and head directly towards Tandoor Hut Restaurant where the owner illegally allows the visitors to drink along with the eatables served outright.

Frequent scuffle and abusive exchange were the regular scenes at the place. This has bothered the residents particularly young girls and women a lot. The ruckus by the drunkards put the lives of the people in such a misery that the traumatized people often avoid crossing through this place. However the road being the only link to commute, the residents helplessly cross through facing the wrath of hooliganism. 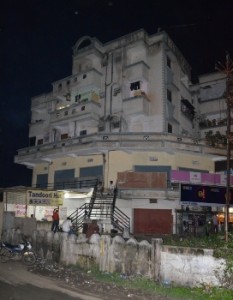 Ultimately, patience of the residents ran out. They called up at Nagpur Today office and revealed their plight. They also informed that they had approached police but in vain. Police visited the spot only on moon days, and acted against drunkards just as a token or show-off. Police always crossed the limits whenever they rushed to the spot. Instead of cracking down on the criminals, they ‘cracked’ wine bottles, make no mistake, for enjoying purpose with an extra tip (hafta). This only encouraged the drunkards aggravating the distress of the residents.

The drinkers deliberately urinate in the open particularly when the young girls, women, crushing wine bottles right beside the road, posing serious threat of injuries to kids. Distressed over the routine torture the citizens even approached ward 7 corporator  Sangita Gire. All the political and social activities are conducted by her husband Deepak Gire. The helpless residents also approached them and narrated the tell their tale. However, no visible improvement in the “situation” was even then.  However, sanity prevailed. The residents finally decided to approach Nagpur Today which responded quick and rushed its crime correspondent Ravikant Kamble to the spot. 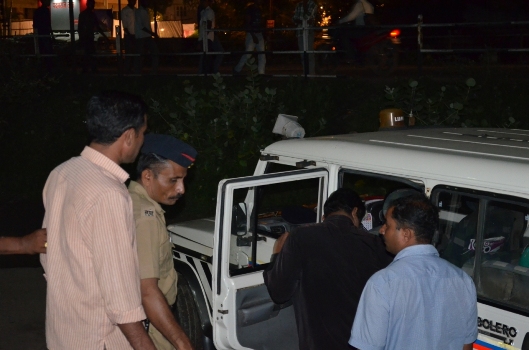 Kamble first contacted the ward corporator Sangita Gire but she was out of station. She asked Kamble to call her husband Deepak. He then called Deepak who immediately came to the spot and also demanded action against the Tandoori Hut from the NMC Zone Assistant Commissioner initiate action. The scribe then spoke to Sathe family, Singh family, Sagankar family, Waghmare family and Meshram family to get apprised of the ground reality of the situation. After confirming the hellish conditions prevailing in the area,  Ravikant called up Gittikhadan police. Police, too, reached the spot but not before residents hitting the streets for justice. Till the police arrived, the place was crowded by the citizens.

The police team, led by Gittikhadan Duyyam PI (Second PI), Datta Dhole, immediately started their operation by arresting the owner of the Tandoor Hut Restaurant and the drunkards. Some drunkards succeeded in fleeing the spot. The Second PI assured Nagpur Today and the residents of the area, too, that the menace will never recur. The citizens also thanked Nagpur Today for their efforts. 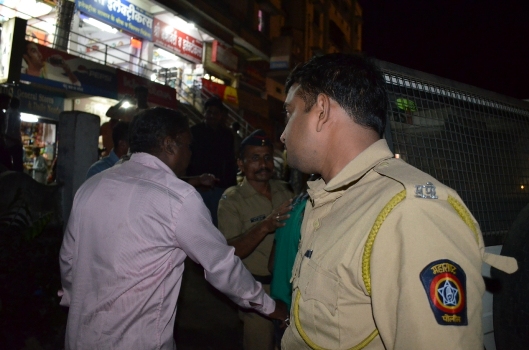