The Chief of NIEPMD and the President/Chairman of NIMH General Council and Secretary (Disabilities Division) Stuti Kacker personally told Rajiv Ranjan Kushwaha, who is also Member of General Council , the Regional Centre of National Institute for Empowerment of Persons with Multiple Disabilities would be opened in Orange City. 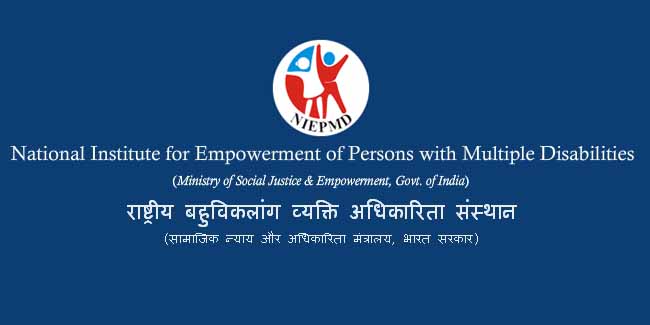 Nagpur News: In a significant development that will prove a blessing for thousands of mentally and physically handicapped persons of the Orange City, Vidarbha and neighbouring States, the National Institute for Mentally Handicapped (NIMH) has decided to open the Regional Centre of National Institute for Empowerment of Persons with Multiple Disabilities (NIEPMD) in Nagpur. This information was provided by the Chief of NIEPMD and the President/Chairman of NIMH General Council and Secretary (Disabilities Division) Stuti Kacker.

The tireless efforts of Nagpur Today  journalist Rajiv Ranjan Kushwaha, who is also the Member of General Council of National Institute for Mentally Handicapped (NIMH), and his sustained pursuit of demand since five years for opening the Regional Centre of NIMH in Nagpur, have bore fruits. The Nagpur resident Kushwaha had sent letters to President of India Pranab Mukherjee, Lok Sabha Speaker Meera Kumar, Central Minister for Social Justice and Empowerment Kumari Selja, and the then Central Minister for Social Justice and Empowerment Mukul Wasnik and now Congress General Secretary for soliciting their support to his demand for opening the NIMH Regional Centre in Nagpur.
The Congress General Secretary Mukul Wasnik wholeheartedly supported Rajiv Ranjan Kushwaha’s demand and strived hard for setting up of not only the Regional Centre for entally handicapped but for treatment and education of all kinds of week long persons. Similarly, the Guardian Minister of Nagpur District Shivajirao Moghe, supporting and terming Kushwaha’s demand for opening NIMH Regional Centre in Nagpur as realistic and practical demand for the benefit of weeklong persons, sent a letter to Central Social Justice Minister and Empowerment Kumari Selja requesting her to ensure all help from Maharashtra Government to Kushwaha’s demand in this connection.

Now, the focus would be on the Administration as to how speedily it works of all formalities in connection with the opening of NIEPMD Regional Centre in Nagpur. However, Stuti Kacker’s positive step has provided a hope of relief for weeklong persons in Vidarbha and other regions as well.