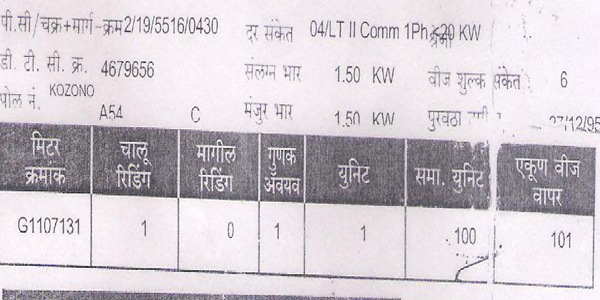 Nagpur News: As you closely notice your electricity bills you will spot a message that reads like: “Vij chori ha gunha aahe. mahiti dene aaple kartavya aahe. Vij chorila nimantran mhanje load shedding la nimantran.” (Theft of power Is an offence. Providing information is your duty. Invitation to power theft means invitation to load shedding). However, little did the sender bothered about its message. The Spanco distress is growing bigger by the day.

Yet another nasty means adopted by Spanco has been unearthed. The Spanco smartly loosens the purse strings of consumers; however Nagpur Today noticed the erratic functioning and bothered to bring it to the fore.

Here’s what we discovered

Spanco, hit frequently by strikes of vendors like by power meter readers, and the subsequent “losses,” has now resorted to sending the average bills in the proportions of past two years. The bills are prepared after a survey had been carried out cunningly while installing power meters. The survey of the electronic gadgets the consumers possess. The Spanco, without power meter readings, sends the average bills, of course, inflated. This well-planned and well conspired formula is running since past two years without a slightest hint to the consumers. The faulty meters, too, help Spanco in their nefarious designs.

However, there is another hidden aspect the power consumers could not grasp. The aspect of inflated bills. The exorbitant amounts, it appears, could not be blamed for faulty meters. It is a well-planned conspiracy theory. The Spanco bosses, after pondering over the frequent strikes, agitations resorted to by the vendors at the drop of a hat (At their whims and fancies), conspired and resorted to send the power bills not based on meter readings but according to numbers of electronic gadgets the consumers possess. Out of 100 consumers pay the bills without bothering to find out the true facts. The Spanco deals heavy handedly with the other 10 per cent by either forcing them to pay the bill first and then the remedy or deliberately neglecting the complaints.

Caught in the act

The Spanco was handed over the contract to supply power to the Civil Lines, Mahal and Gandhibagh Zones by negotiating an agreement with MSEDCL on February 23, 2011. Spanco took 4 or 5 months to hatch the conspiracy to rob the innocent consumers daylight and, with impunity. And complaints of harassment and inflated bills started pouring in exactly after two years. Because the Spanco was sending the average power bills after calculating the amounts of past two years and based on the possession of electronic gadgets assuming whimsically the the gadget were running for 24 hours. A staggering 90 per cent fell prey to the conspiracy theory and the 10 percent were forcibly kept silent by hook or crook.s

A delegation Shiv Sena led by the Deputy President of West Nagpur (Ward 50) Ram Kukde and Deepak Tayde met a top SNDL official and informed that the consumers are receiving inflated bills as the power meters installed by the company are faulty and swings at much higher speed. The official assured the delegation that the problem would be resolved soon as several complaints have been received by the SNDL. 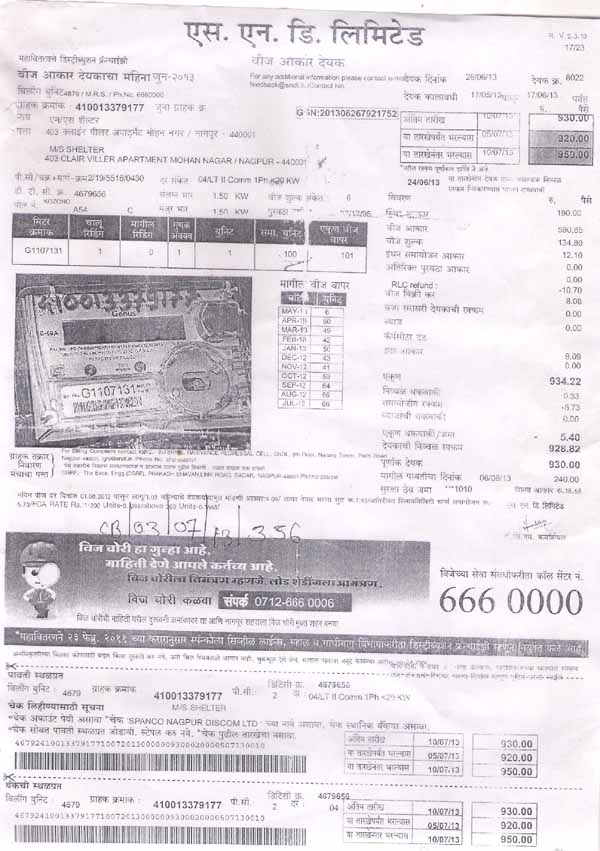