A 22-year-old young girl, who hails from Nagpur and studies in Pune, committed suicide by jumping off her college building on Friday morning. 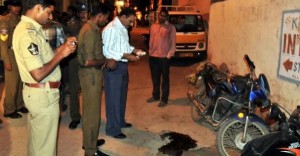 Pimpri police who reached spot after being informed about Sneha’s suicide, registered the case and sent her body for post-mortem. Investigating officer Bhute said, “Sneha reached college at 9 am on Friday. She was found wandering in the college and finally she reached college terrace from where she jumped off.”

“She had a exam on Friday, but she took this extreme step before sitting for the paper,” Bhute further informed.

However, cops said that possibility of someone pushing her off the building could not be ruled out. “But nothing concrete can be told as of now. We have registered a case of accidental death and have commenced the investigation,” clarified Bhute.

Dilip Gawai is known for his strict and clean image in the police. The news has shaken him. Gawai left for Pune immediately after being informed. Sneha leaves behind father, mother and a son to mourn the loss.