And the same Platform Number 8, in truly Railway parlance, will welcome the 12289 Mumbai-Nagpur Duronto Express on Sunday (January 12). And thus history has been created. 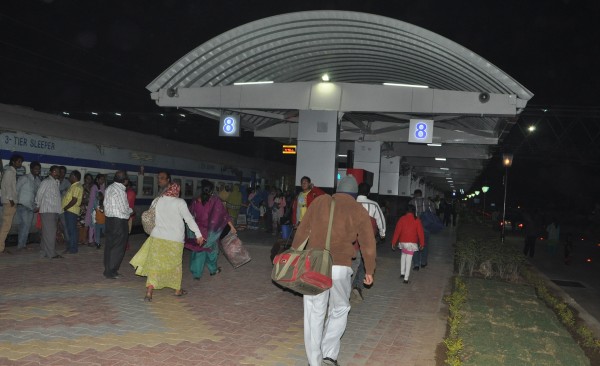 Nagpur News: And the honour goes to 12290 Nagpur-Mumbai Duronto Express. The first train chugged off from the historically glorious and newly created Homeland Platform on Saturday (January 11). And the same Platform Number 8, in truly Railway parlance, will welcome the 12289 Mumbai-Nagpur Duronto Express on Sunday (January 12). And thus history has been created.

The new Homeland Platform has been created on an aesthetically designed rough cover, leak proof, best arrangements for drinking water, attractive ambience and diffusing lighting system. The drinking water has arrangements water coolers, aquaguard along with attractive water stands. The entire atmosphere of the Homeland Platform has been in green patches and clean environment. Moreover, the Platform will be a Heritage Gallery with Railway’s antiques like old time clocks, lamps, bell, benches and other materials that would be make the passengers curious. The attraction of the Platform is a narrow gauge coach aptly named “Rail Aahar” with choicest snacks and dishes the passengers would enjoy until their journey. An Entry Gate, specifically for the Homeland Platform, has been erected near the Booking Office of Eastern Gate.

The most amazing attraction of the Homeland Platform would be “Car to Coach Facility.” At present, the facility is available at few stations in the country. Now, Nagpur will also get the place in the prestigious list. The car or two-wheeler owners could directly go to the coaches instead of using the Foot Over Bridge (FOB).  The Entry Gate for cars, two-wheelers is near Parcel Office while the Exit Gate has been constructed near Ramjhula. 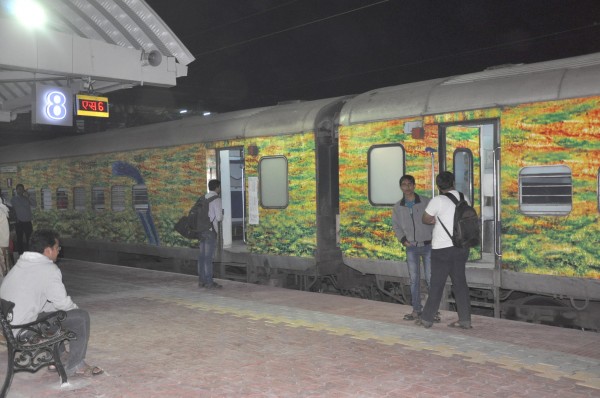 The construction of the gigantic Homeland Platform has been aimed at decongesting of the Western Side of station which is getting extremely overcrowded hour by hour and day by day. The Central Railway has honoured the heavy demand by the citizens for a hi-tech and a big platform that would provide them much relief from difficulties being faced by them since past few years following overcrowding of Western Side. The historic old Nagpur was situated on the Eastern Side before the rapid urbanization specifically post-Independence. At present, the Second Capital has turned a Metro City and so the demands for more and more facilities. And the Nagpur Division of Central Railway has also provided and still providing newer facilities in line with the demands.

It may be recalled, previously, the passengers of Eastern Side had to cross Railway Yard to reach the Main Entry Gate. Moreover, the slow speed of construction of Railway Over Bridge (ROB) since past six years, the reaching to Main Entry Gate was a herculean task for passengers of Eastern Side. However, their difficulties will now be over once the user friendly Entry Gate at Eastern Side, in the shape of gigantic Orange, a magnificent tribute to Nagpur City, known as Orange City on the world map. The Eastern Side Entry Gate is a well planned with attractive canopy and circulating area and equipped with facilities like new escalator, come and board the train, auto stand, parking place for four-wheelers and two-wheelers. On the other hand, the Western Side Entry Gate of Nagpur Railway Station is prestigious having heritage value. The Eastern Side Gate reflects the modern and present era. Similarly, the proposed ‘Nagpur Metro’ will pass through this side and the connectivity will also be on the same lines.

The Central Railway’s Divisional Railway Manager (DRM)Brujesh Dixit and Chief Signal and Telecommunication Engineer (Construction) J P Deharia commissioned the new signal system in Nagpur RRI for necessary change in operations. Subsequently, required changes in derailing and turnout were carried out for running the trains. The signal system plays an important role in running of trains. Keeping in mind this consideration, the changes in the signal system were made for proper running of trains from Homeland Platform No. 8. Nagpur RRI is biggest as far as Central Railway route is concerned. Till now, the Nagpur RRI consisted of 536 routes and now, 64 routes have been added for Homeland Platform.