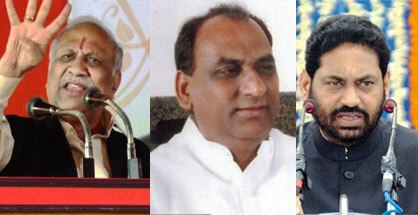 Nagpur News: Congress hi-command has appointed good number of party leaders from Maharashtra including Nagpur to lead the campaign for the upcoming Assembly elections in Gujarat, the state known for the stronghold of BJP Chief Minister and fire brand leader Narendra Modi.  This apart, a host of staunch party workers have also been roped in to take on the election battle in the saffron ruled state.

Sources informed that Congress leaders and office-bearers from Vidarbha would assist Gujarat Pradesh Congress Committee as election coordinators. Maharashtra Pradesh Congress Committee is busy readying the list of the concerned leaders to be sent to various districts and assembly constituencies in Gujarat in order to add fire to the party’s election campaign. The final list would be okayed and announced shortly, sources added.

Earlier, MPCC has already sent a bunch of Congress leaders to accelerate campaigning process in Gujarat.