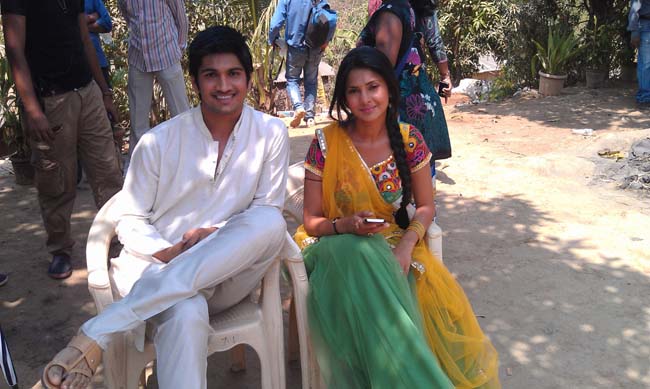 Nagpur News: Sandesh Gour’s happiness is at its peak now a days as he got a call from Star Plus Channel and Sanjay Leele Bhansali’s production for his new role\character in famous show of TV ‘Saraswatichandra’.

He will be a fresh entry in the TV Show ‘Saraswatichandra’ and his Character name is ‘Nirav‘.

Sandesh Gour basically belongs to the Orange City-Nagpur. He has, and still is working really hard in Mumbai to fulfill his father’s dream, and is aiming none-less-than becoming the “Hero of Bollywood Industry”.

Being a big time worshipper of Lord Shiva, last year he visited Amarnath cave as well and prayed to be blessed with a new role on big level shows of Television Industry. When he got this opportunity, it was the Day of “Maha Shivratri”.

Actor Sandesh Gour says, “I am so excited to play character ‘Nirav‘, who is a complete brat. A spoilt guy, Nirav Belongs to Pot maker Family and Lower class, and is the best friend of Yash & related to Yash’s family. Its party time also because its second time Star Plus Channel selected me for it’s show…”

Previously he has done the show ‘Mann ki Aawaz- Pratigya’ in which he played the character named Rahul on Star Plus.

He has been a part of the famous crime series-‘C.I.D’, and ‘Surya the Super Cop’ that features on sony channel. He has even done the shoot of Two South Indian, Telgu Movies as one of the Lead characters named “Sukra” and ‘Adavillo’ as Parallel Lead. His more ventures include Chholiwood (Chattishgarh State Regional Movie) Movie ‘Daai’, in which he is playing a Negative role named ‘Rocky’. He has walked the Ramp for Bollywood Designer ‘Saazish Sidhu and Aafreen Sidhu’ on their Summer Spring Collections on 2013.

As told by the actor, he is right now busy in shooting of ‘Saraswati Chandra’ in Film City. He quoted,”I loved the set which is Beautifully designed!

I thank my entire family for supporting me in bollywood and TV industry.”

Sandesh Gour requests his viewers to watch him as ‘Nirav’ in ‘SaraswatiChandra’ on Star Plus at 7:30 pm and on Doordarshan (DD1) at 9:30 pm, every Monday to Friday.