The MP shockingly found filth, garbage, waste material spread all over the sprawling premises. The height of stale was that a carcass of dog was lying for the past three days and thus turning the atmosphere with the unbearable foul smell. 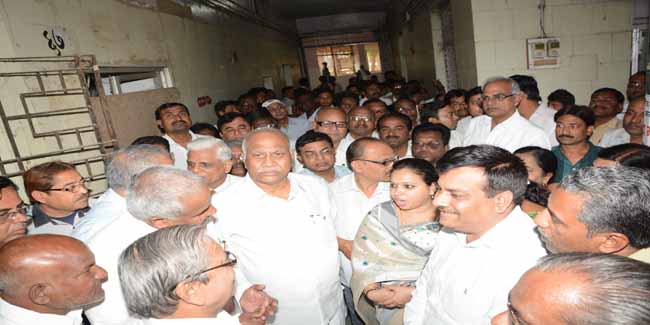 Nagpur News: The Nagpur MP Vilas Muttemwar carried out a surprise visit to the Government Medical College and Hospital (GMCH) at 10.30 am on Wednesday and shockingly found filth, garbage, waste material spread all over the sprawling premises. The height of stale was that a carcass of dog was lying for the past three days and thus turning the atmosphere with the unbearable foul smell.

Muttemwar’s surprise inspection visit was in the backdrop of hundreds of complaints from the citizens and workers received by his Public Relations Office located at Yeshwant Stadium in Dhantoli. The outraged Muttemwar gave a dressing down to the GMCH Administration for the dirty state of affairs in one of the biggest hospitals in Asia. Those present during Muttemwar’s visit include Acting Dean Dr Murarisingh, Medical Superintendent Dr Apurva Pawde, Dr Vithhalrao Dandge, Dr Dinkar Kumbhalkar, Dr Kamble and several medical officers.

When the Medical Superintendent Dr Apurva Pawde put up the reason for filthy and dirty atmosphere in the GMCH owing to 380 vacant posts of Class IV employees and 552 vacant posts of Class III employees, Muttemwar countered the reasoning by stating that Nagpur has dozens of NGOs and reputed business houses. They could have been offered advertisements for establishments and with their help, the entire problem of ugliness could have been resolved easily. The need is of GMCH Administration will power to come forward and take firm steps, and thus Muttemwar silenced Dr Pawde. 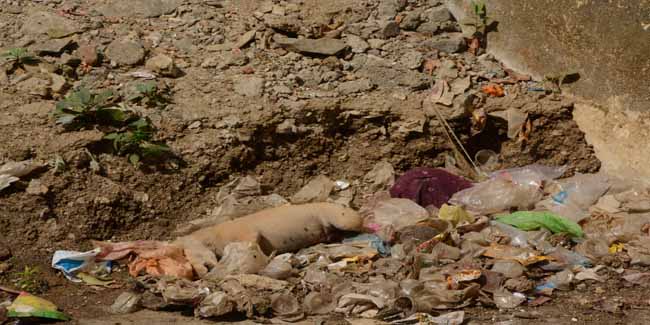 Carcass of dog lying for the past three days

The Nagpur MP Muttemwar then visited many wards of the hospital and talked to patients for apprising himself about the services offered and difficulties faced by them. Muttemwar directed to increase beds in Emergency Ward and Maternity Ward and also put the GMCH Administration on the notice by warning that he will visit the GMCH again after 15 days.

Muttemwar also directed to start the services of three Waiting Halls, awaiting inauguration, by removing the shortcomings without any delay. He asked the GMCH Administration to make independent arrangements for activating Rajiv Gandhi Jeevandayi Yojana (Health Scheme) in order to facilitate availing of benefits by poor and middle class patients.