Muttemwar said that was decided to provide Metro Rail facility in a city like Nagpur even prior to such a scheme was conceived for cities having a population of one million or more. Unfortunately, no concrete steps were taken to implement this scheme in Nagpur to eliminate transport bottlenecks.

In fact, such a scheme should have been rightly implemented to fulfil the long pending aspirations of the people of Nagpur as prevention is better than cure. Muttemwar said overriding priority to implement this important project is accorded and the share of the Central Government be increased to 40% for non metro cities with a view to facilitate the implementation of projects like this.

Nagpur is one of the important cities in the country which is developing fast. Unfortunately, the transport network has not increased to the same extent to meet the increasing requirements of this city having a population of over 40 lakhs. Therefore, metro rail network in a centrally located place like Nagpur deserved top priority to meet the transport needs of Nagpur.

Keeping these things in view and with the aim of providing fast, safe and efficient transport system, the State Government of Maharashtra has since approved the proposal of providing Metro Rail facility in Nagpur at an estimated cost of Rs,8000 crore and submitted the same to the Union Ministry of Urban Development.

As per the existing arrangement, 20% cost of the project is to be met by the State Government, to which they have agreed, 20% by Central Government under JNNURM scheme and 10% by the local authorities, Since the local bodies find it extremely difficult to raise their share of money due to the acute difficult financial position, it was proposed that in order to make the project viable the share of the Central Government under JNNRUM need to be raised to 40% for non metro cities. The remaining 40% of the cost of the project can be met by way of private participation.

In view of the above, he said he would urge upon the Government to accord the necessary approval to this important project on priority basis and also agree to increase its share of contribution to 40% for non metro cities like the one in Nagpur. 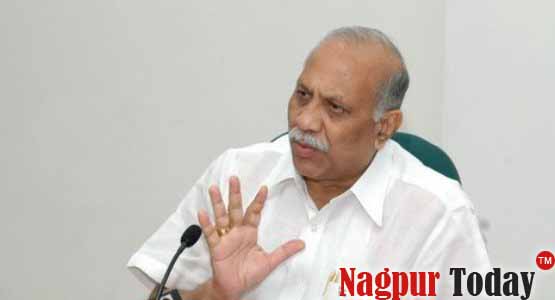