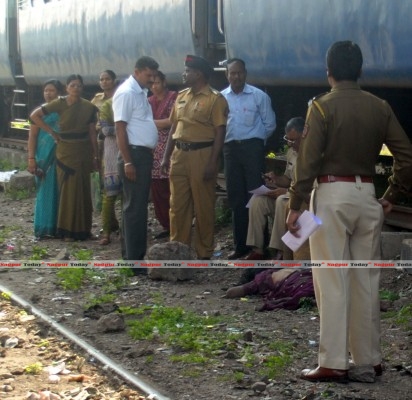 Nagpur News :  A woman’s murdered body at central railway station has raised question over women’s security a railway stations in the city. The body’s condition suspects that he woman was raped before killing her. The body, still unidentified, was found with her head smashed between the railway tracks at Platform no. 7 around 11 am.

The body has four injuries on her forehead and head and a deep injury near her lips. The woman was covered with a saree and blouse but her inner clothes were lying nearby. Railway police has also claimed to have found a blood stained stone, a scarf, and a men’s shirt near the body. 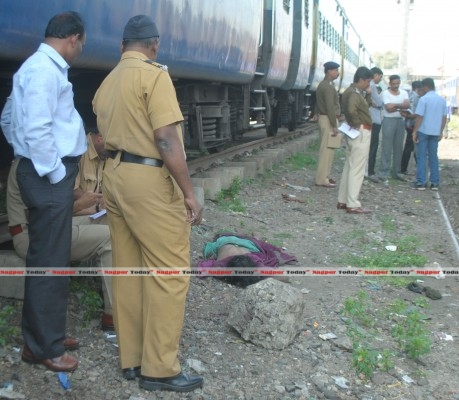 The body was noticed by a shunting loco pilot while he was making trials of the engine. The blood covered body was found between the 3rd and 4th loop line, near washing centre. The loco pilot immediately alerted railway police.

GRP PI Chandrashekar Bhambal investigated the spot and later shifted the body at Mayo hospital for post mortem. He claimed that the rape allegations will be confirmed only after the post mortem reports.

Cops suspect that the woman seems to be working at cotton market. Police said it is suspected that the woman had come along with somebody and would come regular to the place.