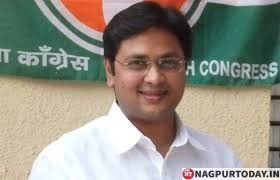 Nagpur: The Maharashtra Pradesh Congress Committee (MPCC) Secretary Vishal Muttemwar has thanked the Chief Minister Uddhav Thackeray for staying future recruitment through flawed ‘Mahapariksha Portal.’ “Since the past four years, announcements of mega recruitment have been made but due to irregularities in exams several vacant posts in various departments are not being filled up till to date. On one hand lakhs of youths waiting for jobs, on the other hand the working officials and employees are being stressed with overwork. Hence the shortcomings in the exam system be removed at the earliest and justice be provided to unemployed youths,” Muttemwar demanded in a letter sent to the Chief Minister.

The MPCC Secretary further said, “Candidates from cities as well as rural areas toil hard for competitive exams. But their dream of government job is shattered due to flawed recruitment process. The previous BJP-led government, in 2017, had assigned the responsibilty of recruitment in various departments to “Maha-IT.” This department had created “Mahapariksha Portal’ and had started conducting exams for recruitment in various departments through this facility. Exams for Forest Department and Revenue Department have been held while exams for Animal Husbandry Department, Rural Development Department and other departments are to be held. However, several irregularities such as name of absent candidate in final merit list, exam centre in other district than local district, awarding total marks for wrong questions, mass copying during exams, exams sans regular syllabus, repetition of questions, no biometric presenty, dummy candidates appearing for exams, sudden breakdown in software etc,” Muttemwar pointed out.

“The then government had turned a blind eye to the agitations staged by jobless youths protesting the faulty recruitment process. However, with Uddhav Thackeray taking the reins of Chief Minister, he has taken cognizance of problems faced by youths preparing for competitive exams,” Muttemwar asserted.

“The Chief Minister has assured to remove shortcomings in ‘Mahapariksha Portal’ and announced plans to initiate the process of filling up lakhs of vacancies in the public sector on a war footing. But before reforming the recruitment exam system, the government should seek suggestions and opinions from experts in the field. Government should conduct exams in transparent and flawless manner if possible through experts. Guidance of experts in technology sector as well as experience of students preparing for competitive exams could come handy in conducting the exams. The government should also ponder over whether candidates want all recruitment exams offline. Because, providing justice to hardworking and honest candidates is important. Only the meritorious and eligible candidates should get selected. Such flawless selection process is expected to be developed,” Muttemwar stressed.

The ‘Mahapariksha Portal’, started during the Fadnavis Government, had proved to be inconvenient for students appearing for various competitive exams. There was a persistent complaint that the portal lacked transparency.