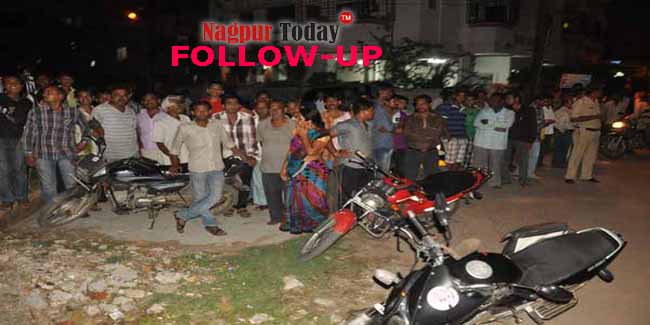 Nagpur News : The youth, who was murdered by a gang of around six youths who were riding on three motorcycles, was finally identified as Santosh alias Mayur Dilip Sare (20), a resident of Vanjari Nagar.

It may be recalled, Santosh was brutally eliminated by some unidentified youths in the Banerjee Layout in Shricharan Square on Wednesday night in front of several people. After the murder of Santosh, the assassins crushed and mutilated his face by an iron gutter cover thus making the victim beyond recognition. The accused youths are still absconding.

The Ajni police, after reaching the spot, sent body of the youth for post-mortem. During investigation they came to know the identity of the murdered youth as Santosh Dilip Sare.  However, the police could not ascertain the reasons behind the murder of Santosh, and, are clueless about the murderers as there has been no arrest or detention of any suspect even after considerable time. The Ajni PSI Chaudhari is investigating the case. He said police have launched a massive hunt for the accused.