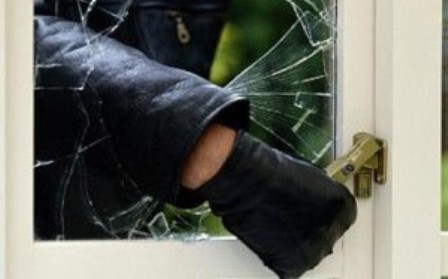 Nagpur News: A spate of thefts across the city has left Nagpurians bereft of a total of Rs. 5 lakhs today. Three separate cases have been filed in Dhantoli, Jaripatka and Lakadganj police stations by victims.

In the first case, twenty four year old Vandana Ganesh Brahmankar boarded a bus from CT Bus Stop, and noticed jewellery worth Rs. 22, 000 missing from her purse. Vandana suspects an unknown woman, who had jostled against her in the rush of getting up and down from the bus. She has filed a complaint with Dhantoli police.

The second case of theft occurred at Jain Steel Bhandar, under the jurisdiction of Lakadganj Police Station.  Utensils and gas equipment worth Rs. 2, 52, 312 were found missing. A case of theft has been registered by Lakadganj police on te basis of a complaint filed by Wardhaman Nagar resident Navin Kumar Nihalchand Jain (52).

In the third case, Indora Bhandar area resident Prabhakar Ramteke found his house broken into, ransacked, and valuables worth Rs. 2, 12, 500 missing from his almirah, which had also been broken by the intruders. Jaripatka police has registered a case of theft upon Ramteke’s complaint. Further investigations are on in all three cases.