Do you see yourself as the next star of the Indian team then better start early and this academy is the best option for you.

The Mujumdar Cricket Academy is situated at Dhanwate College ground, Vasantnagar, Nagpur. The coaching methods involve individual attention, video analysis, physical training program, practicing with the bowling machine and regular match practice on the Turf Wickets. The trainees are placed into categories depending on their age groups. The coaching methods are designed such as to match their respective age group. To enhance the players skills by teaching the finer points of the game we organize video analysis sessions of individuals. 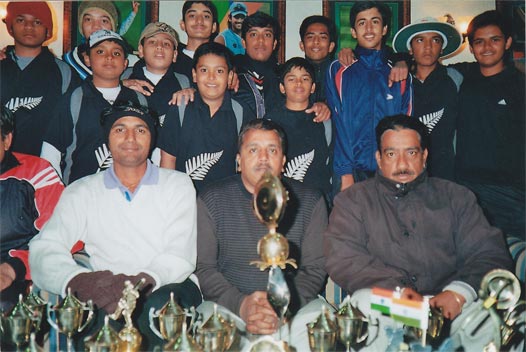 The lush green outfield helps in development of fielding skills such as ground fielding and diving fielding skills. We use the latest scientific coaching methods, periodic video analysis of various aspects like batting, bowling and fielding of students. The bowling machines is also used as effective tool. The players coached in a manner to make their development pleasurable, enjoyable and interesting. We also offer specialist coaching, concentrating on just that certain aspect of the game which you want to improve upon. As our emphasis on teaching the finer points of game, we also make sure that our students get an advantage of experience and knowledge of professional players, so we organize the same for them. 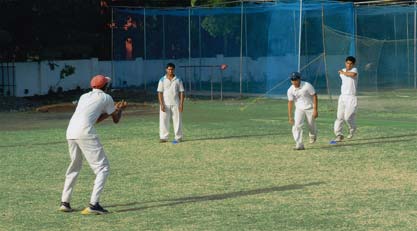 He is a good leader and leads his college team from 5 yrs. The junior and senior college team in Nagpur and won many prestigious tournaments for his college. He is an all-rounder, represented Nagpur University twice in All India inter university cricket tournament organized by “INDIAN UNIVERSITY”.

He is a right handed batsman and medium pacer. He is specialist in swing bowling and has an experience of guiding players with great ease and convert their Negatives in positives by correcting their mistakes from time to time. He trained players in all aspects of game such as developing their match temperament and patience to face every odd situation with great skill. He has been associated with “Achrekar Cricket Academy, Mumbai” in 1988-89, where Sachin Tendulkar, Vinod Kambli, Ajit Agarkar, Pravin Amre were coached by Shri Ramakant Achrekar, a Dronacharya award winner.

He is a right hand batsman and a specially fast bowler. He possesses good knowledge of cricket game and trained the players in all aspects of game, including the beginners as well as talented players. He is having an experience of coaching the players since last 3 to 4 years.

Hirji Kenia Jayantilal, is a former India cricketer, who is Right-hand batsman and Right-arm off-break bowler.

A right handed opening batsman with a good defense and a penchant for the pull shot, Jayantilal went to the West Indies in 1971 as a opening batsman. In the first class matches, Jayantilal was a success finishing fourth in the averages with 506 runs (56.22).

The Winter Camps held between October-November with morning and evening batches. 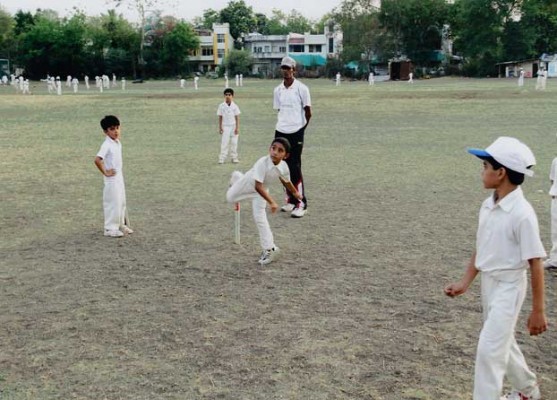 The Summer Camps held between April-June to coincide with school holidays, with morning and evening batches.

The Academy also takes players for tour’s . The photos of the same are available below. 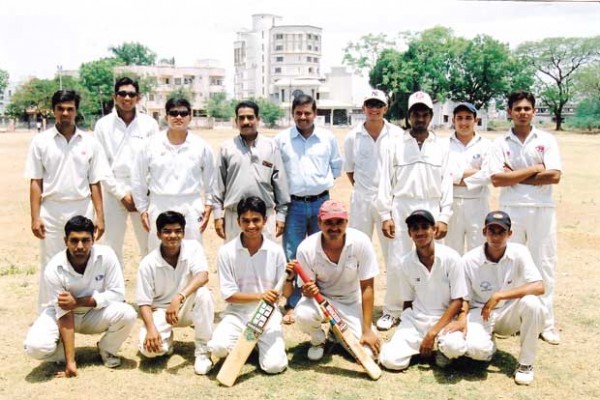 Every year Mujumdar Cricket Academy organises Summer and Winter Camps. The Camps cater for all standards, from beginners to advance. Our camps provide professional cricket coaching for boys and girls from the ages of 8 to 16 years old.