Tension provoked at Khaperkheda among villagers after a woman and her lover were held responsible for death of one-and-half year girl child. The couple had even buried the girl and attempt to disappear the evidence.

The deceased, Reshma Vakilkar, was the only daughter of Tannu from her first husband Deepak.  Police told that Tannu has shifted to her lover Abdul Rehman’s house at Chanakpur few months before.

Police informed that Rehman was addict to liquor and have arguments with Tannu. On Saturday, he reached home drunk and picked up an argument with Tannu. He raised his hands to beat Tannu but incidentally it hit Reshma and she banged on the wall.  She suffered serious injuries and Tannu along with Rehman rushed her to nearby hospital.

The couple later decided to stay at the hospital for the whole night. However, next morning they allegedly found Reshma dead and buried her near Kollar river. On being asked by villagers, they told that Reshma had gone to her father Deepak’s house.

The crime came to light when the doctors questioned about the girl and inform police. On Sunday afternoon, the body was exhumed and shifted for post mortem. Khaperkheda police has arrested Tannu and Rehman.  Both have been booked for culpable homicide not amounting to murder and for destroying of evidences. 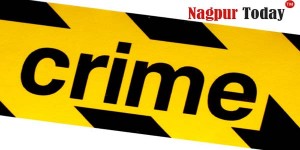