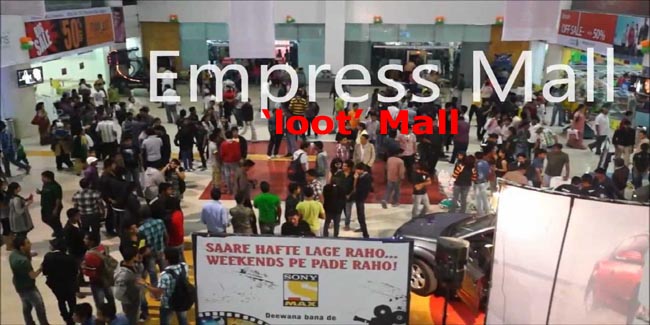 Nagpur News: It was the perfect example of Independence Day without freedom to breathe or can be best put as “freedom to suffocate” as the people filled up in the city’s busiest Empress Mall only to be greeted with distaste and loot in a haste. The offers that ran down the pockets of customers were far more distressing than the deliberate attempt of Mall authorities to leave the visitors literally gasping for air. Many instances of overbilling surfaced at the cash counters of Big Bazaar where the goods were billed far more than the printed prices in the garb of heavy rush and excuse of technical glitch.

On Thursday, the air conditioning system of entire Empress mall was put off while the people piled up at every store, sweating their way to pick up the so called offers. The elevators were closed down, the lifts did not work and the stores became the chambers of suffocation.

As Nagpur Today dug deeper into various selling stops at the mall, it discovered the rule of glitch without any hitch. 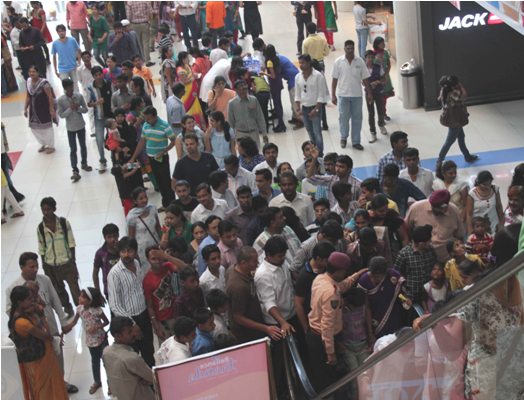 “We cannot help. The air conditioned of entire mall of has been running down and the reason is best known to the authorities. We truly opologize for the inconvenience but this is only we can do,” said a senior executive at Big Bazaar where there was literally no air at all, leading the people to perspire without complaining.

In a flow of rush at Big Bazaar on Independence Day, the scene truly resembled an Indian ‘haat’ where the people crowded and rushed for the most beneficial deal. The announcements kept the distressed and sweating customers breathing and alive, but not such much awakened to catch the blunder being committed at its cash counters. It was quite normal not to notice the billing blunders under such a heavy rush. The number of items purchased remains too much to sit back and verify such malpractice. The goods which were offered at discounted prices against its printed prices were charged at even more than its printed prices, forget the discount. Some of the customers however noticed and got the refund but given the heavy quantum of rush at the counters, it is assumed that a major part of erratic billing went unnoticed. 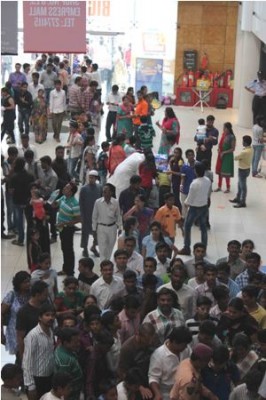 When Nagpur Today contacted at customer service desk of Big Bazaar, the executive at the counter Priyanka informed that it happened due to technical error. “It is not that we are overcharging, but the technical problem arises everyday and we refund the excessive amount to the customers complaining about the same.” However, she failed to inform that how many of the customers with wrong bills come to complain on daily basis given such errors are routine features according to her. As the interaction was going on the music being played at Big Bazaar squeezed out a line from a Shahrukh’s movie “….kabhi naye packet mein bechen tumko cheez purani…phir bhi dil hai Hindustani… It was a perfect one at that.

On Thursday, a customer with bill no. 0014749 noticed that a combo pack of toothpaste he purchased was charged with Rs 27 more in the bill. Actually the product being offered at Rs 85 against the company’s price of Rs 95 which again is discounted as the actual price of the product is Rs 112. On the outer carton of the toothpaste the price of Rs 112 was crossed and replaced with Rs 95 while this was further reduced to Rs 85 under Big Bazaar offer. But the price that he noticed in his bill for the said product was Rs 112, which was Rs 17 more than the printed company’s price. If the Big Bazaar discount of Rs 10 is added to it, then the total default on the sale of each product stood at Rs 27. “This is not the question of whether I would be getting the refund of Rs 27 excessively charged upon the sale of single product. It is worth noticing how these people take advantage of heavy rush and when caught blame it on technical error.” 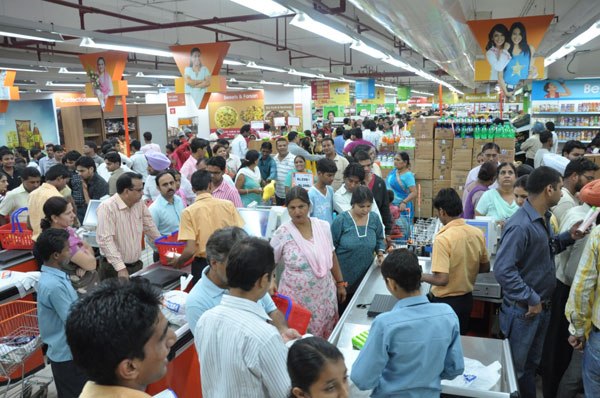 Irrespective of how uncomfortable the people were, they followed the mad rush towards Independence Day offers at various stores. One such store Reliance Trends came up with the unique offer of free stock of Rs 1947 on every purchase of Rs 1947. A regular visitor at this store was overheard whispering about the prices which were noticeably increased to as high as three times the price which existed just a week back. “I bought the similar T-shirt at Rs 99 just a week ago and see they have increased the price to Rs 299,” he informed. A lady browsing through the leggings section at Reliance Trends was amazed to see the price of a legging at Rs 299 which she purchased at Rs 199 from the same store just four days back. Same was observed at trousers gallery where the pants which were being sold at Rs 700-800 three days ago were laced with new price tags of Rs 1000-1700.

When an executive at Reliance Trends was asked about the sudden increase in the prices, he informed that it was previous offer which is closed now as the new offer is here. This clearly indicates the customer has to buy big in order to avail the same offer. 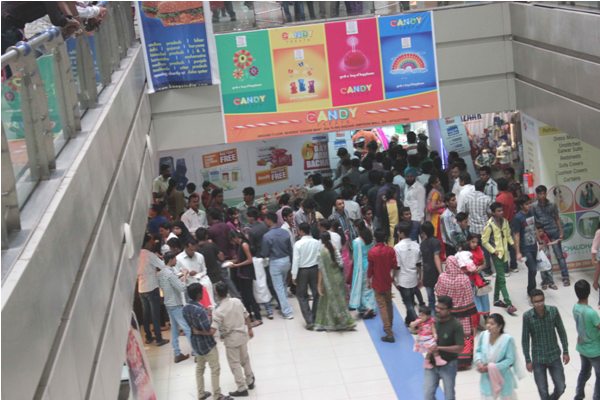