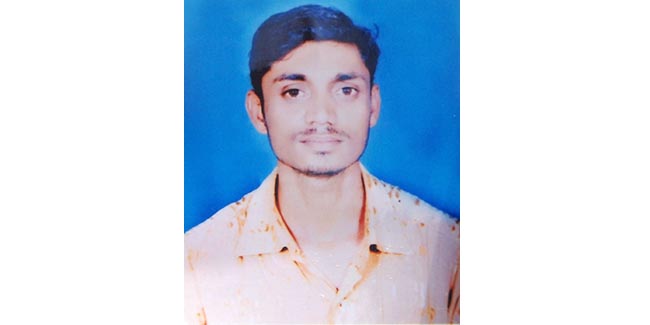 Nagpur News : A 28-year-old youth of Ladekar lay-out in Hudkeshwar police station area who was missing from past ten days was found murdered in Bhangalpur jungle area near Kondhali on Wednesday.

The deceased, Ashish Raut’s body was found in immolated and horrific condition. Police told that his family members found it very hard to identify the body.

Raut’s missing report was filed on May 8 at Hudkeshwar police station by his family members. Three days later, on May 11 police found his vehicle (MH 31-8183) on Kamptee road in Jaripatka police station area.

Police told that Raut would provide vehicles on rent. He had last left home on May 6 for his business purpose. “

“His parents told that since he would often remain out for two days for his business purpose, they didn’t contact him for two days. On May 8 when they tried to call him, his cell phone was not reachable and later reported to police,” said police.

The call details records of Raut’s cell phone helped police to crack his murder case. Police found that on May 6, Raut was continuously in contact with Prashant. On interrogation, Prashant spilled that he had taken Raut to Kondhali to finalise a property deal. However, while finalising the deal, the duo had an argument and in a tiff, Prashant hit him with rod causing his death.

Prashant claimed that Raut was about to attack him and thus he hit him with rod to save his life. Later, Prashant took help of Shankar and set ablaze the body in Bhangalpur jungle.

The body was found in the jungle on Wednesday. Police has sent the body for post-mortem at Wardha hospital.