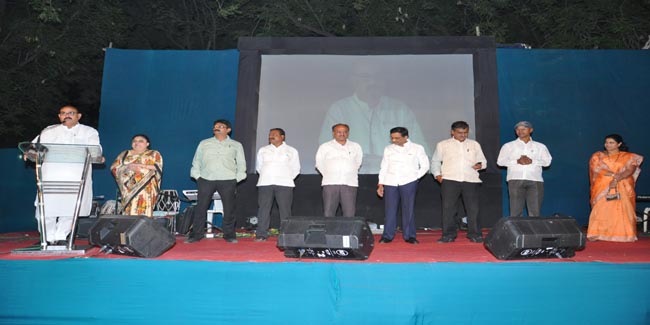 Nagpur News: “If you had started doing anything two weeks ago, by today you would have been two weeks better at it.”

“Keep your dreams alive. Understand to achieve anything requires faith and belief in yourself, vision, hard work, determination, and dedication. Remember all things are possible for those who believe.”

“If you believe in yourself and have dedication and pride – and never quit, you’ll be a winner. The price of victory is high but so are the rewards.”

These words aptly describe the Nagpur Municipal Corporation’s (NMC) ambitious and meaningful “Mission Nag Nadi Cleaning” launched on May 1, 2013, with much fanfare and massive support from all sections of the society in making the Orange City more beautiful or adding a beautiful Natural spot in Nagpur city’s glorious history.

The conclusion of the 15-day “Mission Nag Nadi Cleaning” was marked by a dedication song on Nag Nadi performed aptly at the NMC’s Shankar Nagar Garden situated near the Nag Nadi (River). The tuneful song words “Tithech Nirmal Jagne Amuche Jivangane Vhave” drew a loud applause from the elite dignitaries and common citizens present at the dedication function.

Speaking on the occasion, MLA Sudhakar Deshmukh went memory lane and said Nagpur came into existence after an area with a small population based near the shores of a river, and, that river, later was popularly called Nag Nadi, The Nag Nadi became a important lifeline for the population. He appreciated the Mayor Anil Sole for coming forward and making the mission impossible to mission possible, of course, with gigantic support from the citizens. The smooth flowing Nag Nadi of today is the result of hard, determined and dedicated efforts made by all concerned NMC officials, other Government officials and, the most important, by the citizens of Nagpur. However, at the same breath he said it takes no time to turn good into bad and now, it has become our responsibility to maintain the Nag Nadi clean and beautiful.

The Mayor Anil Sole asserted that the motive behind “Mission Nag Nadi Cleaning” was not political but of social one. He appealed the citizens to keep the city clean and beautiful like you maintain your Sweet Home. The Mayor accepted the ground reality that it will take 3-4 years to clean Nag Nadi completely and sought cooperation from the citizens in this regard. The 15-day project was carried out without any estimate, the proud Mayor claimed.

The Mayor further said theme song is inviting your attention and called upon the citizens to keep the humming, put it on YouTube, make it call song on your mobiles etc. “The way the artists created the theme song and sung in beautiful tunes the same way we should strive for making the Nag Nadi clean,” the Mayor appealed. MLC Mitesh Bhangdiya, too, spoke on the occasion.

The NMC Commissioner Shyam Wardhane said that everybody doubted in the beginning of the mission whether the Nag Nadi could be able to get its past glory, but, expressed his happiness over success of the mission with the help of all concerned. He appealed the citizens not to drop any garbage or filthy material into the Nag Nadi. 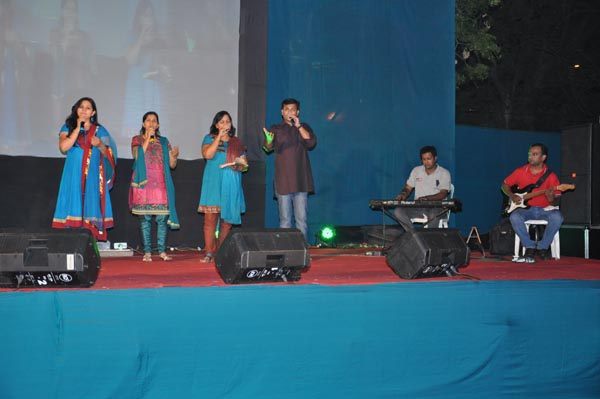 At the outset, after the welcoming ceremony was over, dedication programme of Nag Nadi theme song was held. The artists, too, sung the famous song: Hamko Itni Shakti Dena Daata, Satyam Shivam Sundaram thus adding more grace to the function. The video of Nag Nadi was also shown on the occasion. Similarly, those who were present at the function vowed to keep Nag Nadi clean forever.

The lyrics of the theme song were of Aashish Vilekar, and the music was provided by Shailesh Dani. Singers Sarang Joshi, Amar Kulkarni, Prasanna Joshi, Shruti Chaudhary, Sonali Dixit, Vaishali Upadhye, and Bhagyashri Baraskar poured their voice to make the song lilting. The recording of the song was done at Studio Sound Digital by the recorder Manish Naidu, coordination by Arvind Upadhye, Video Recording has been done by Amar Kulkarni. The Mayor Anil Sole welcomed the all artists.