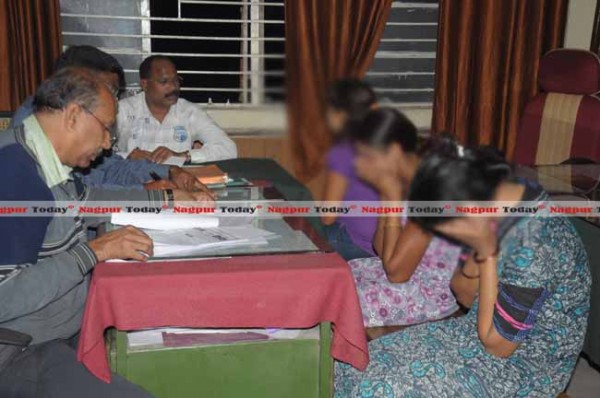 The minor girl who was sent to juvenile home after she was cornered along with 9 girls caught in a crime branch raid at city’s red light area Ganga Jamuna few days back, has again surfaced at the brothel. She was among the five girls arrested in the fresh police raid at Ganga Jamuna on Thursday. This has posed serious question over the state of security at the juvenile homes. Police have also arrested two customers and kingpin of flesh trade Kesaribai Lehre who was running the shady business in a rented room.

According to the reports, police have raided Ganga Jamuna premise on Thursday night and caught 5 girls involved in the flesh trade. The police action was initiated after social security department complained of the minor girls being forced into flesh trade. It is learnt that one of these girls was the same who was sent to juvenile home a month back when crime branch raided the place and nabbed 9 girls including 4 minors. Three of 5 women arrested in fresh raid are minor.

Police have registered the offence under immoral trade prohibition act and further investigating the matter.