Nagpur News: A middle-aged man was attacked by a youth in his house after a verbal duel on Monday night. Jaripatka police slapped a case under attempt to murder against the accused Puppy alias Balram Antarwel (22), a resident of Indora Bhandar Mohalla, Sweeper Colony, followed by the complaint of victim’s brother.

The complainant Shekhar Kachruji Mendhe (42), stated in his complaint that he and his brother Manish Mendhe were at their house at Indora Bhandar Mohalla, Sweeper Colony, when the accused entered their house and started a verbal duel with his brother Manish over some issues. Soon, the verbal fight turned ugly and suddenly Balram took a knife hidden in his shirt and stabbed Manish on his stomach and chest. Shocked with the turn of event and bloodbath in the house, Shekhar could not grab the ‘attacker’.

He rushed Manish to Indira Gandhi Government Medical College and Hospital (Mayo Hospital) and lodged a complaint with Jaripatka police station who immediately registered a case under Section 307 of the IPC and have started the investigations. Search for the absconding ‘attacker’ is in progress. 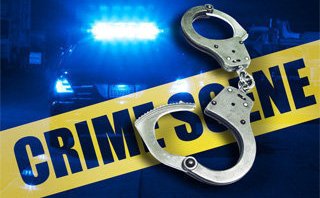