Even after exposure of “vulgar” dancing by girls in the bar of  the Great Maratha Hotel, which is totally illegal, the devil-may-care (inaction) attitude of MIDC police, part of the Great Nagpur Police, is totally shocking, and unacceptable, too. The fact that the Great Maratha Hotel was organizing dancing by girls to lure more and more customers was recorded in a CD and the CD mush have definitely been shown to MIDC police. 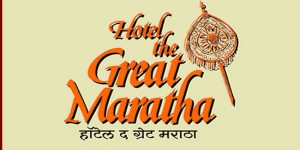 “The police cannot protect the citizen at this stage of our development, and they cannot even protect themselves in many cases. It is up to the private citizen to protect himself and his family, and this is not only acceptable, but mandatory.”

So what could be said about the Great Nagpur Police? No need to utter a single word!!! Just read the newspapers and other similar medium. You would get an answer yourselves. Crimes. Crimes. Crimes. The only difference is a variety or a range, and, degree, too.

Even after exposure of “vulgar” dancing by girls in a bar with an orchestra which is totally illegal, the devil-may-care attitude (inaction) of MIDC police, part of the Great Nagpur Police, is totally shocking, and unacceptable, too. It appears, or may be correct, the MIDC police are dancing to the bar tunes (under the influence of bar owner) and enjoying the “party” for obvious reasons.

The next chapters would certainly raise many an eyebrow. The “influenced” MIDC police have not arrested a single soul. The shameful matter pertains to Great Maratha Hotel which runs a bar with girls dancing to the orchestra tunes, and, “once more” chorus of the customers.

According to sources, the MIDC police deliberately delayed action against the MD of the Great Maratha Hotel. And the net outcome of the delay is the MD succeeded in getting anticipatory bail. Now, the matter would be heard by the court on June 12. The sources even gave a word that some MIDC policemen reached the Hotel and assured the Hotel management of soft approach as they have very good reach with the MIDC Police Inspector. The host Hotel also threw a party to the policemen in return for soft approach.

The fact that the Great Maratha Hotel was organizing dancing by girls to lure more and more customers was recorded in a CD and the CD mush have definitely been shown to MIDC police. But, leave alone any concrete action against the Hotel management, the policemen themselves are “dancing to the tunes of Hotel.” If the citizens draw this inference looking to inaction by MIDC police then they are absolutely right. The MIDC police have just completed the formalities of registering offence against the Hotel management and other staff members of the Hotel. “That is enough for MIDC police.”

On the other hand, people have started raising their voices and are protesting against the Great Maratha Hotel. They have rightfully argued that the Hotel activities could harm the students of nearby schools in different ways. The Hotel is a sort of hub for criminals, of course, with an exception, who indulge in quarrelling and attacking under the influence of liquor, the citizens said. They remember the ghastly murder of one Monty Bhullar done at the same Great Maratha Hotel.