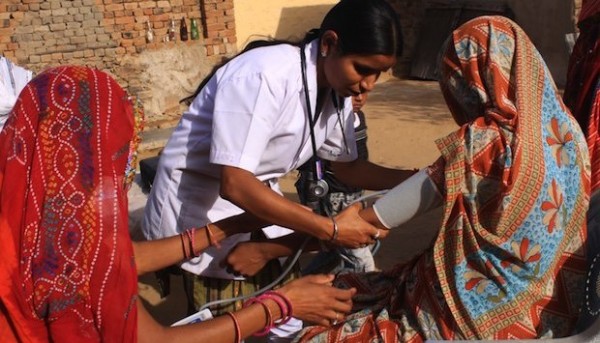 The Parliamentary Standing Committee on Health had opposed the introduction of the undergraduate community health course. The committee had instead recommended compulsory one-year rural posting for fresh medical graduates to meet the shortage of doctors in rural areas. The introduction of the course was also opposed by the Indian Medical Association (IMA).

Nagpur Today talked to some senior doctors, medical professionals to know their views on this topic.

IMA President( Nagpur ) Dr.Varsha Dhawale said that she is not in favour of the Union Government to start a new three-year BSc Community Health Programme.She went on to call them half baked doctors. She added that they will never be fit to treat the patients. This will certainly lead to complications and causalities. However she agrees to the Parliamentary Standing Committee’s stand on Health who had opposed the introduction of the undergraduate community health course. She ayes the recommended compulsory one-year rural posting for fresh medical graduates to meet the shortage of doctors in rural areas. He added that good doctors will give good services.

IMA Joint Secretary Dr.Prachi Mahajan opined that three years is too short a duration to learn medicine. She added that the government machinery is not really helpful and there should be some responsible medical practitioner who should be available to supervise them. These three-year BSc course passed Community Health workers should be placed in every village and rural areas without any discrimination. One year compulsory rural posting of MBBS doctors in Rural areas is not going to affect the shortage of the doctors in rural areas.

Director of Mure Memorial Hospital Vilas Shende said that the decision taken by the Union Governement will surely help in improving medicare in rural areas. He added that it will help in relieving the shortage of the number of doctors in rural areas. It may aid in decreasing the discrimination of Medical facilities and services between rural and urban areas. He said that Committed Doctors are what is the necessity today. 80 per cent of the sickness can be covered on primary or secondary level, he said. All that is needed is appropriate and sound knowledge of the treating people.

Principal of Mohta Science College Dr Sanjay Chiralwar said that any decision taken by the government is taken after a deep thought. However he added that the universities should be made responsible to appoint trained proper faculty for this particular course. He agreed with the stand taken by Union Government and said that if this process of introducing three years BSc course is carried out properly, then it can surely achieve it’s objectives and help in developing Medicare in rural areas. However his opinion differed on Parliamentary Standing Committee’s recommendation. He said that it’s not the doctor’s fault but the problems faced by rural health centres which lacks basic facilities. He added that doctors can’t be forced to work in such filthy and poor facilities.

Principal of Ursula High School & Jr College Dr Rachna Singh opined that It is a very good move by the government. In fact, these courses should be incorporated even in the school level. With the deteriorating fast paced life-style, with no regard for proper diet and exercise, and young people ailing with dreaded disceases like diabetes and heart problems, such kind of courses will educate the masses. These students can be placed even in Urban areas to educate urban populace of proper medicare.She added that anything for proper health care.

Cancer Specialist of Government Medical College and Hospital Dr Kamble said that the decision taken by the Union Government may prove to be beneficial only if the process is carried out sincerely and as planned. The government has agreed to the scheme with very good intentions.  He added that even if they are aware of the primary and secondary-level of treating people, it may help in the development of Medicare in rural areas.He added that the basic thing needed is proper training and professional medicare knowledege. According to him the shortage of doctors in rural areas is basically because of the lack of moral and ethical values in todays’ world. They skirt around the compulsion to work in rural areas by paying off lakhs in fines. To add to that, they also pay the official and get certificate of having worked in rural areas. According to him, surprisingly there are 30,000 doctors, 54,000 nurses, 18,000 specialists but only 20 per cent of these are available in rural areas.