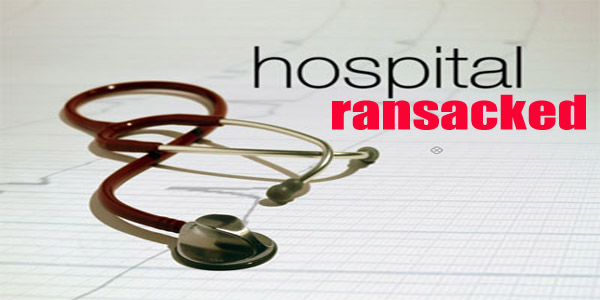 : Enraged after doctor refused to admit the patient due to non-availability of specialist, a gang of youths allegedly ransacked the counter office of Metro city hospital at Reshimbagh in Sakkardara police station area on Monday midnight. The youths even caused damaged to few medic things.

Police said that Rahipade and others had taken their injured friend, Kamlesh Takote at Metro city hospital in the midnight. The doctor immediately gave the preliminary treatment but as the patient’s condition was critical and the hospital lacked the surgeon, Dr. Anil Patil referred Takote to Government Medical College and Hospital.

Patil informed that since it was a new year, they were not having enough staff and hence requested to taken the patient to GMCH. Thus, angered over this, Rahipade and others ransacked the hospital and even threatened Patil before fleeing.