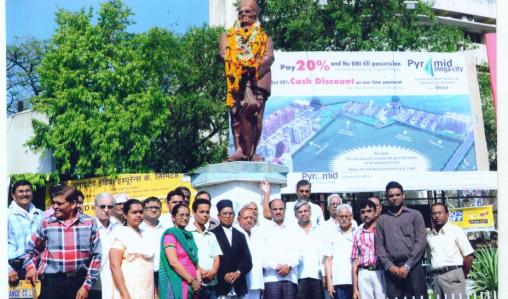 The Nagpur Mayor Anil Sole paid floral tributes to Swatantrya Veer Savarkar, who inspires generations after generations by his fight against British rule during freedom struggle. “Swatantrya Veer Savarkar was a revolutionary who kept the freedom struggle flame burning till his last breath thus engraved his name in the list of great freedom fighters,” Sole said while paying tributes to Savarkar on birth anniversary.

The programme was held at Shankar Nagar Square where a statue of Swatantrya Veer Savarkar is installed.