| Contact: 8407908145 |
Home » Mass Communication Courses be it at Undergraduate or Postgraduate level is the new trend of today
Published On : Mon, Oct 1st, 2012
Courses / Education / Post Graduate / Under Graduate | By Nagpur Today 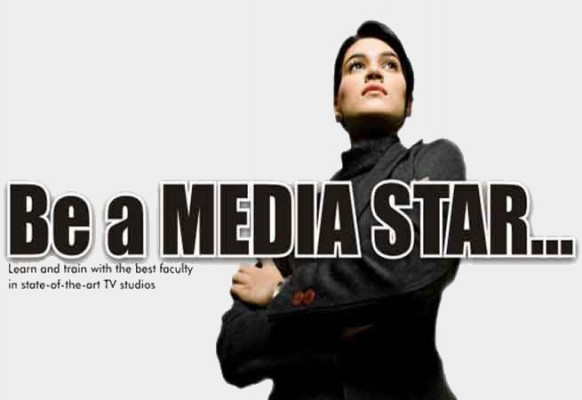 Once considered the last resort for job seekers, mass communication in the last decade has transformed into a serious career option for the youngsters today. It is a profit making industry today with as many as six media companies listed in the stock exchange, each of the company valued over Rs.10,000 million ($250 million). The current scenario is a far cry from about two decades ago, when the largest media company reported net profits of about Rs.50 million (a little over a million dollars). The Power growth of technology, government’s liberalized policies and the increased purchasing power of the expanding middle class and their changing life style has been the main driving force for this development.
In addition, the satellite channels, a series of Radio channels (FM) have also helped in the expansion. Every metropolitan city of India has its own various FM radio stations where several radio jockeys are working. Print media has also made a remarkable progress and dozens of Hindi, English and regional newspapers and magazines have come-up in the market adding to the ever existing competition in the field. Today mass communication industry is not just limited to its country’s boundary but has reached globally. It also covers all the latest updates and current happenings around the globe. The other development in mass communication industry is advertising agencies. A number of big and small advertising agencies have come up in the market and there are multiple career options available for mass communication graduates. Needless to say that the growth in the industry has created an expanding job market for the industry, this in turn has been instrumental in setting up of institutes offering mass communication courses.

In India, mass communication has developed into a highly comprehensive field of study and at the same time offering a challenging and bright career prospect. The advent and the growth of electronic media perhaps has a large role to play in the increase in the popularity of the medium. It gives an instant recognition and fame to the reporters as compared to the faceless bylines of the print media.

Getting admission in the mass communication institute is also getting tougher as the competition hots – up. Most of the institutes that offer mass communication courses conduct an examination followed by personal interview as selection criteria. Students seeking admission to such courses require a more than average writing skill, good command over the language, a creative bend of mind in case of advertisements or film making and an interest in current affairs if it is in journalism.

Like any top ranking management institutes, most of the reputed institutes offering mass communication courses arrange for campus placements. In some of the top rated journalism colleges, media houses vie with each other for the first slot for campus placement to pick up the best students. Several of the mass communication institutes do include internship as part of the course that provides practical training to the students and exposure to the working of the industry. In several cases, the internship does turn into a job with the company.

While mass communication institutes have mushroomed all over the country, a students seeking admission into a course should do a thorough study before joining an institute. He or she should find out about the history of the institute, any affiliations to universities or well known organizations, the expertise and the experience of the faculty, the placement history etc.

Although the remuneration in the industry varies from one field of mass communication to the other, yet for beginners, on an average, the remuneration may range anywhere from Rs 20,000 to 30,000 per month and increases accordingly with experience and time. The remuneration also depends upon the institute from which the course has been pursued.

Students opting to making a career choice in this industry can take heart from the fact that the growth projection for the industry is bullish. According to a joint report by KPMG and FICCI, over the next five years, Media and Entertainment industry is projected to grow at a compound annual growth rate (CAGR) of 13 per cent to reach the size of US$ 24.04 billion by 2014. Some of the factors that will drive the growth in the next ten years will be digitization, regionalization, competition, innovation, process, marketing and distribution.