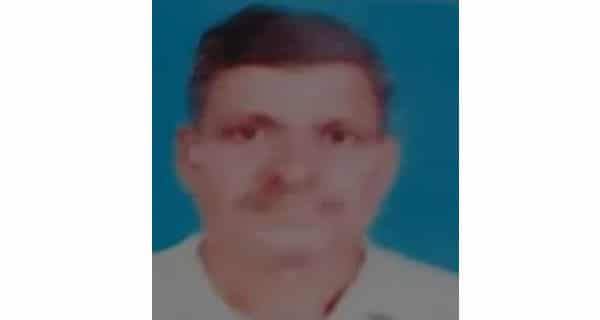 Nagpur: Martyr Bhushan Satai’s father committed suicide by hanging in the bathroom of his house in Katol in the wee hours of Monday. Ramesh Dhondu Satai was depressed since the day his son Bhushan, Naik in Indian Army, was martyred in mortar shelling by Pakistan in Gurez sector of Jammu and Kashmir in 2020. Three other soldiers were also martyred in the cowardly attack by Pakistan.

According to reports, Ramesh Satai (60) ended his life around 4 am on Monday by hanging in the bathroom of his Phailpura, Katol residence. The relatives of Satai informed Katol Police Station about the incident. Police Inspector Mahadeo Achrekar, along with his team reached the spot and after panchnama, sent the body for post-mortem to Katol Rural Hospital. After the post-mortem, doctors reportedly confirmed death due to suicide by Ramesh Satai.

It may be recalled that on November 13, 2020, Naik Bhushan Satai, along with three other jawans of Indian Army, was martyred in mortar shelling by Pakistan in Gurez sector of Jammu and Kashmir. Since that day, his father Ramesh Satai has been depressed.

The State Government had released an aid of Rs 1 crore to the parents of Naik Bhushan Satai for his supreme sacrifice in the service of the nation. Naik Bhushan Satai was a resident of Katol in Nagpur district. Of the total aid released, Rs 50 lakh was given to the martyr’s mother Meera and Rs 50 lakh to his father Ramesh.