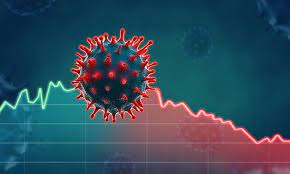 Nagpur: The Covid-19 pandemic has not just wreaked havoc on the health infrastructure and the economy of the country, but has also started taking a toll on the mental health of the people. The lockdown imposed to contain the spread of the pandemic has also led to job losses, unemployment, and resultant economic stress for countless families and as a result, incidents of suicides witnessed a spurt in the Second Capital as well as other parts.

In Nagpur, 25 persons committed suicide in the week between June 9 and 16. Over 80% of the suicides were due to financial distress. Most of the victims were the main earners of the families. Those who took the drastic step were in the age group of 35-40 years and the financial crisis led to suicide. In the last two weeks of unlocking, Nagpur saw more than 50 suicides, according to a report in the media.

Health experts and psychologists say the pandemic has led to increased depression, chronic stress, alcoholism and a tendency to self-harm. Post-Covid situation could be a hub of self-pity, alcoholism, gender-based violence and mass unemployment. All these could lead to higher suicide rates, says an expert.

Suicide rates in India remain high, with at least 15 people committing suicide each day, according to government data. In 2018, India reported 134,516 suicides, accounting for 17.5 percent of the 900,000 people who killed themselves globally. Data shows that 38 percent of suicides in India are by those below the age of 30.

The lockdown, stress and lack of social activities have increased the incidents of suicides. Self-pity and the final act to destroy oneself could become the order of the day among vulnerable, depressed people as Covid-19 will have a colossal impact on people’s lifestyle and livelihoods. Loss of jobs, lack of financial security and huge disparities in income all push people to take their own lives.

The other reasons cited by experts for increased incidents of suicide include struggle to regain lost jobs, debts, loss of a family member, money, domestic violence, loneliness, etc etc.