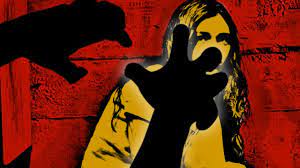 Nagpur: A pervert man exploited his Facebook friend sexually on the pretext of marriage and later ditched her before the date of wedding by doubting her character. The accused has been booked by New Kamptee police.

In her complaint to police, the 23-year old victim said that the accused Nilesh Bhaskar Meshram (23) befriended her through Facebook. The friendship between them blossomed into love. The accused got engaged with the girl by promising to marry her. Later between September 19, 2020 and March 31, 2021, the accused abused her sexually. However, as the date of wedding came nearer, the accused refused to marry her by doubting her character.

New Kamptee PSI Kavrekar, acting on the victim girl’s complaint, booked the accused Nilesh Meshram under Sections 376(2)(N), 417 of the IPC. No arrest has been made in the case so far. Further probe is underway.

Manager rapes employee:
In another incident, a manager of a company raped a 35-year old employee frequently on the marriage promise. Later the accused refused to marry her and threatened to sack her from the job if she opened her mouth. The accused married another woman. Gittikhadan police have booked the accused.

The accused, Sushant Sukhdeo Patra (36), native of Bengali Camp, Uttam Nagar, Chandrapur, works as a manager in a company. Sushant lured the 35-year old employee with a marriage promise and exploited her sexually at different places between June 2011 and March 2021. The accused later refused to marry her and got married to another woman. Sushant also threatened to sack her from the job if she disclosed the matter to anybody. The victim woman registered a case with Gittikhadan police against the accused in this connection.

PSI Patil has booked the accused Sushant Patra under Sections 376(2), 506 of the IPC and probing the matter further.