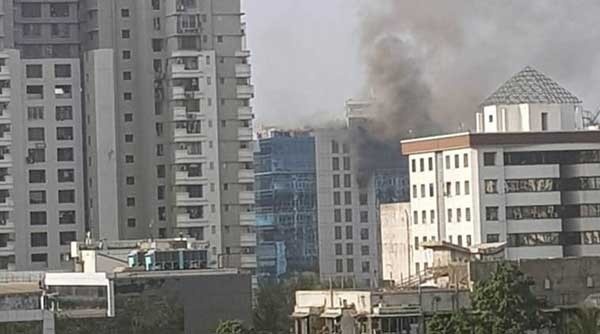 Mumbai: A major fire broke out at Techniplus one building in Goregaon (E) at around 4.45pm on Sunday killing three and leaving nine including eight firemen from the Mumbai Fire Brigade injured.

The three dead have been identified as -Naimuddin Shah, Ram Avatar and Ram Tirathpal. Bodies of Avatar and Tirathpal were recovered from the lift in the building that was stuck between the fourth and fifth floor, officials from the MumbaiFire Brigade said.

“Fire was confined to electric wiring in electric duct of basement with two podiums plus upper 9 storey glass façade building. As the fire is confined to electrical duct smoke and heat travelled in all floor,” said Chief Fire officer Prabhat Rahangdale. The building is a commercial property and houses a bank. 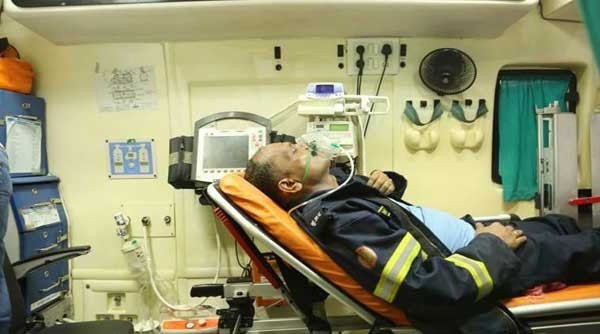 Rahangdale added, “One of our fireman, Suresh Arte attached to Andheri Fire station was injured during the rescue operation and is being treated for smoke inhalation currently. Besides Arte, seven other fireman are being treated for smoke inhalation. The MFB team managed rescue nine people from the building including Wasim (30) and Naimuddin Shah (28) from the building. Shah, however was declared dead on arrival by Siddharth hospital.

However the exact location could not be established as yet Mumbai Fire Brigade officials said. Around three people were trapped in the building during the incident. The glass facade building consists of a basement and two podiums. All injured are being treated at Siddharth hospital in Goregaon.

The cooling operation is in process.